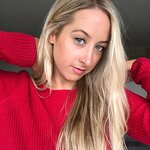 Young actress Ellie Sursara is mourning the death of a close friend this week, following the passing of actor Heath Ledger.

The starlet, whose charitable campaigns include Greenpeace International's Save The Whales and The Great Ape Project, has not yet released a public statement to the media regarding the tragic loss. Sources reveal her plans to travel to Africa with a non-profit environmental group will not be canceled – according to the group’s travel documents, the trip was to be taken with Ledger.

“She’s been struck down by this loss,” revealed a friend of the actress. “Someone she loved, and who loved her, has left this earth in such a sudden and uncertain fashion – it’s a hard thing for anybody to come to terms with. Elissa has been through a lot in her life, but she is not emotionally strong. She is a sensitive and passionate person, and her best friend will be sadly missed. Elissa has no plans to postpone her work or her charity work – if anything, pushing on will help her to move on, something Heath would have wanted for her.”

According to reports, Ledger had been the one to nickname Sursara ‘Ocean Eyes’, a term now widely attached to the star’s name, in reference to her striking blue eyes.

The actress’ planned visits to Africa to promote environmental awareness are scheduled to take place in May 2008.