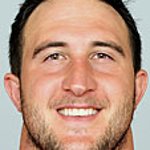 Smile Train, the world’s largest cleft lip and palate charity, has announced Joe Staley will act as ambassador for Electric Run San Francisco, and LookToTheStars.org talked to the San Francisco 49ers Tackle about the event.

How did it come about that you were asked to host the ‘Electric Run’ to benefit Smile Train?

The organization approached me to host the event and when I found out proceeds were benefiting Smile Train I wanted to get involved. Anything that benefits children is just a great cause and I am very excited to put my name down to the charity and the event itself.

Any teammates running alongside you?

I am the official starter of the race and am not actually running. I try keep the stress off my knees in the off season. I don’t know of any of my teammates who are running in the race. My girlfriend and a few of her friends will be running though.

Aside from hosting this event for Smile Train, are there any other causes you are involved with? Future work with this organization?

I do a lot of work back home in Michigan. My mom is a librarian at an elementary school and I have helped in the schools to get kids excited about reading. I have also done some work with Play 60, but mainly I just work a lot with the students at the schools. I am also doing a few football camps this summer.

I think people should smile and laugh more and they should take time to develop real relationships.

Finally, if you had a theme song, what would it be?

It would probably be something I would make up that’s why it would be my theme song.

Smile Train will serve as the official beneficiary of Electric Run, taking place for the first time in the Golden Gate city on Saturday, April 27. Staley will join more than 10,000 participants to kick off the race lighting up Candlestick Park, the same field on which Staley plays during the season.