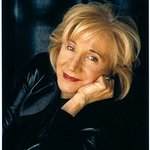 The Greek America Foundation hosts its 3rd biennial “Gabby Awards Weekend” culminating in a star-studded celebration of excellence at the El Capitan Theatre in Hollywood on May 25th, with a host of happenings throughout the weekend.

Bravo TV’s Jenni Pulos (“Flipping Out”) will host the show.

The Gabby Awards will raise funds for the people of Greece, with proceeds benefiting “Project Hope for Greece,” a program of the Greek America Foundation which supports sustainable and transparent charities that help people impacted by the country’s financial crisis.

In addition to the Gabby Awards, three special awards will be given:

A host of Foundation supporters will be on hand for the weekend, including Olympia Dukakis, Melina Kanakaredes, John Varvatos, Katherine & Sophie from TLC’s DC Cupcakes and dozens of others.

Following the awards ceremony, guests will attend the official After Party at Paramount Picture Studios, where one of Greece’s top pop singers, Elena Paparizou, will perform.

The weekend also includes a Friday welcome reception at Madam Tussaud’s Wax Museum where guests will sample wines from the weekend’s official wine sponsor, Boutari. Prior to the reception, guests are invited to “Greek Night at the Movies,” a showcase of short films in which the Foundation has been instrumental in producing, including the world premiere of “Irene and Marie,” a short film starring Olympia Dukakis and Rose Gregorio.

For additional information or to purchase tickets, click here.