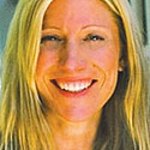 Look to the Stars is proud to present a weekly column entitled Honeys We Love, inspired by co-directors Amy Sewell and Susan Toffler’s recent documentary entitled What’s Your Point, Honey?.

The aim of Honeys We Love is to profile men who support gender equality issues, and we are happy to say that there are quite a few male celebrities out there promoting gender equality. We have put together a list of some of the names we think are worth mentioning, and each week we will take a closer look at one of our Honeys. Please let us know your favorite male celebs that should be included on the Honeys list, as we are sure we are just scratching the surface.

How did you first get involved with “What’s Your Point, Honey?”

A friend of mine who is a music supervisor here in Los Angeles knew Maxine – who was the music supervisor on this film – and recommended me for the job, so that is how I got in touch with those guys.

What did you get out of the whole experience of working with them?

Well, it was just great. It was a lot of fun, it was really easy. Susan and Amy are just great to work with, and all in all it was just a really fun, entertaining, informative kind of work experience.

Your song “1971” (clip below) that’s featured in “What’s Your Point, Honey?” is about the year the experts thought the ERA (Equal Rights Amendment) would pass. It was first proposed in 1923 and it is still not part of the U.S. Constitution. Why do you think that hasn’t passed, and how do you think we can get more men to join the women and men already saying enough is enough, and try to make it happen?

Well, I think it is sort of inevitable. I don’t really know why it hasn’t passed. I don’t understand. But I think because for whatever reason it wasn’t the topic on everyone’s list for a number of years, particularly in the 80’s and 90’s. It just sort of fell off the agenda, and I think that it is very hard to get anything done in Washington, and if it is not front and center, people are going to forget about it. Why people are forgetting about something that involves more than half the population, I don’t understand. I think it eventually will, I just think that people just got sort of complacent.

Which women in your life have been a positive influence?

Oh, where do I begin? I think my Mom obviously would be the first and most important. But then just all my friends. One of two of my best friends in the world is a woman. Actually, come to think of it, if I had to pick five of my best friends, three or four of them would be women. So I think they are probably the biggest influence on me. And I am a child of the 70’s, what can I say?

Is there anything else you would like to add about being classified as a “Honey We Love?”

I think I pretty much have said it all. I think Amy and Susan are just doing the right thing, and they are fighting the good fight. They are trying to move the agenda.

It is great that there are guys like you that are helping move everything along. Thank you for taking the time to talk to Look to the Stars. 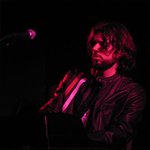