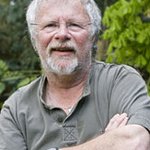 Every year, the International Fund For Animal Welfare (IFAW) celebrates those who commit to supporting animal welfare and the extraordinary animals themselves in the ‘Animal Action Awards.’

The awards ceremony will be held at The House of Lords on 22nd October and will be hosted by Baroness Gale and presented by wildlife television presenter Bill Oddie.

This year’s winners include Elizabeth McDonagh, from Cumbria, who offers refuge to the pets of terminally ill people going into hospice care who can no longer look after their animals at home. Receiving awards alongside Elizabeth will be Niall Lester, from London, who rescues ‘death row’ stray dogs and cares for them at home until long-term care or new homes can be found and vet Helen Pringle, from Hertfordshire, who devotes her spare time to saving injured wildlife, from frogs to hedgehogs, as well as treating rescued dogs.

Robbie Marsland, UK Director of IFAW, said: “We are delighted to be able to highlight the fantastic work done by all the winners of IFAW’s 2013 Animal Action Awards. Their stories are inspirational and we hope that their example will encourage others to do all they can to protect animals. They are all true animal heroes.”

This year’s animal bravery award goes to Geo, a young German Shepherd-collie cross dog who suffered horrific injuries when he pushed 10-year-old owner Charlie Riley, from Essex, out of the path of a runaway lorry and took the full impact of the collision himself. He was knocked into the road then hit by the lorry again as the driver left without stopping. Despite suffering a broken back, shattered legs and damaged lungs in the crash, Geo pulled through and his proud owners declared him a hero for saving Charlie from injury.

Also honoured is renowned conservationist Ian Redmond, from Gloucestershire, for his work around the world protecting gorillas, elephants and other wildlife. Barbara Mladek, known as ‘Mama Hen’ from County Down, Northern Ireland, receives an award for rescuing and rehoming thousands of battery and commercially farmed hens. Elsewhere, Jayne Hayes, from Newport in Wales, is recognised for founding DogLost, a not for profit organisation which has helped reunite more than 35,000 lost dogs with their owners over the last 10 years.

Awards will also be presented to Lynne Parker, from Dorset, for her work to rehabilitate injured and abandoned birds and Ann Knowles, from Surrey, will be honoured for more than 50 years of dedication to rescuing and rehoming cats.

Celebrities Call on the European Union to Protect Giraffes From Wildlife Trade Mar 27, 2019