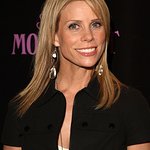 Inner-City Arts, a vibrant arts education campus and oasis of learning, achievement and creativity for underserved children in the heart of Skid Row, will host its 2013 Imagine Awards Gala, October 30, 2013 at the Beverly Hilton Hotel.

World-renowned artist, painter, sculptor and printmaker Charles Arnoldi will receive the Artistic Excellence Award. Arnoldi has had a long and distinguished career in the art world and has exhibited internationally.

The Philanthropic Leadership Award will be presented to Gil Garcetti. Since becoming a published photographer in 2002, Garcetti has had numerous solo photographic exhibitions locally and around the world, many of which have benefitted significant causes. Garcetti spent 32 years as a prosecutor in Los Angeles, serving as District Attorney from 1992-2000. He is a producer on the hit TNT television series, “MAJOR CRIMES.”

Actress, producer and director Cheryl Hines is the recipient of the Children’s Advocacy Award. She is noted for her work renovating and transforming underserved public schools in Los Angeles. Hines is currently starring in the hit ABC comedy series “SUBURGATORY.”

The Creative Innovation Award will be presented to Ralph Pucci, a design innovator and entrepreneur who is internationally renowned for his visionary integration of art and design. Known for his unparalleled work in the mannequin industry, Pucci has contemporary design showrooms in numerous cities, including the Pacific Design Center in West Hollywood.

Founded in 1989, Inner-City Arts is a world-class arts campus in the heart of Los Angeles’ Skid Row. Under the guidance of professional teaching artists, Inner-City Arts’ students engage in a variety of visual and performing art forms in a real studio setting. Programs include core classes during the instructional day for K-8 students, afterschool and weekend workshops for teens, and professional development training for educators. Inner-City Arts partners with schools from high-need areas in and around downtown Los Angeles to provide a supportive environment for children to explore their creativity, and develop essential life skills.