The Motivational Edge, a Miami-based non-profit organization dedicated to inspiring youth towards academic achievement, has launched a fund-raising campaign on Indiegogo.com aimed at expanding the program into Phoenix, Arizona and nationally. With a target-funding goal of $200,000, Lil Wayne and The Motivational Edge hope to bring more of the organization’s successful programs to youth across the country. With a Dec. 20 funding deadline and $56,000 raised, Motivational Edge needs more support. To donate, click here.

Motivational Edge Founder and CEO Ian Welsch founded the organization to help youngsters succeed through art, music and other educational courses with his innovative program that’s proven its success in the Miami area.

“I started The Motivational Edge at the same time I was teaching in the classroom because I saw a dire need for more creative, more artistic more expression-based programs for inner city youth that they weren’t getting in the school system,” Welsch said.

He also said, “We really attack the problem at The Motivational Edge and solve the issues. We give kids constructive ways to spend their time.”

Those contributing to the campaign will receive a commensurate contribution or “perk” beginning with as little as a $5 donation. Each perk has been carefully curated by Lil Wayne himself and includes:
• Artwork created by The Motivational Edge students
• Limited edition lithographs signed by Lil Wayne
• A personal thank you on Facebook from Lil Wayne
• The opportunity to have a track featured on YoungMoney.com
• Skateboarding lessons from the Trufit Skate Team in Miami
• And, more perks to be revealed throughout the campaign to continue to drive donations to the cause 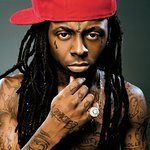 Lil Wayne and The Motivational Edge