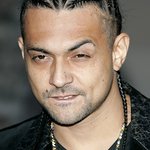 A testament to Dr. King’s lasting impact on all Americans, this local City-sponsored march annually attracts approximately 100,000 participants and ends with a Commemorative Program featuring renowned guest speakers and performers, entertainment and more.

“The fact that our city hosts one of the largest Martin Luther King, Jr. marches in the nation reflects why San Antonio is a city on the rise,” said San Antonio Mayor Julián Castro. “People of all backgrounds throughout history have found a place in San Antonio’s diverse cultural communities.”

Since 1987, the City of San Antonio has celebrated the life and legacy of Dr. King with annual events and the historic March. This year’s commemoration celebrates the theme, “Realizing the Dream: Jobs, Justice and Freedom,” with a series of events including an oratorical contest for junior high and high school students; a day of service with volunteers participating in various projects along the march route; the Wreath-laying Ceremony honoring the life, struggles and accomplishments of Dr. King; the Citywide Interfaith Service; and more events taking place January 10-26.

Also as part of its annual commemoration, the San Antonio Martin Luther King, Jr. Commission administers a scholarship program to help fund a portion of the college tuition of several deserving students, regardless of race or ethnicity. Each year, the Commission awards thousands of dollars in scholarships.

“The City of San Antonio’s annual commemoration of Dr. King continues to focus largely on youth and education so that families can come together to remember Dr. King and learn about his principles and beliefs,” said San Antonio District 2 Councilwoman Ivy Taylor, Honorary Chair of the San Antonio Martin Luther King, Jr. Commission. “By engaging parents and children at all levels, the community can work together to ensure that the legacy of Dr. King is preserved for future generations.”

Several renowned guests are scheduled to participate in the multi-day commemoration. Renowned economist, author and commentator, Dr. Julianne Malveaux,will speak at the MLK, Jr. Commemorative Lecture at Trinity University on Thursday, Jan. 16, 2014. International superstar Sean Paul will serve as the special musical guest at the Youth Empowerment Summit on Saturday, Jan. 18, 2014 at St. Philip’s College, and will perform a medley of his hit songs, including his latest single, “Want Dem All.” Dr. Jamal Harrison Bryant, pastor of Empowerment Temple of Baltimore, Maryland, and Richard Trumka, AFL-CIO President, will present remarks at the Commemorative Program on January 20.

For more information on the City of San Antonio’s annual commemoration, the scholarship program, and a complete list of events, visit www.sanantonio.gov/mlk.

Internationally renowned artists have released a song urging world leaders to reach a global agreement during the United Nations climate conference in December to limit the impacts of climate change. More →