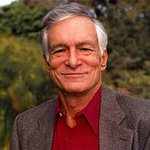 The Hugh M Hefner Foundation is pleased to announce the winners of the 2014 Hugh M. Hefner First Amendment Awards.

Christie Hefner – the daughter of Hugh Hefner – established the Awards in 1979, in conjunction with Playboy magazine’s 25th anniversary, to honor individuals who have made significant contributions in the vital effort to protect and enhance First Amendment rights for all Americans.

The awards will be presented on Tuesday, May 20, 2014, followed by a reception for past winners, journalists, government officials, and civic leaders at the Knight Conference Center at the Newseum in Washington, D.C.

A Lifetime Achievement Award will be bestowed on Norman Dorsen, who, for more than a half-century, has been at the forefront of the fight to advance fundamental freedoms and protect civil rights and civil liberties. Since 1961, Dorsen has taught as the Frederick I. and Grace A. Stokes Professor of Law at New York University School of Law. He is the co-director of the Arthur Garfield Hays Civil Liberties Program and was the founding director of NYU’s Hauser Global Law School Program in 1994. Dorsen served as General Counsel of the American Civil Liberties Union (1969-1976), and then as its president (1976-1991). Dorsen has argued many Court cases, wrote the brief for Brandenburg and appeared amicus curiae in the Gideon case, the Pentagon Papers case and the Nixon Tapes case.

Award winners, many of whom are unsung heroes, come from various walks of life, including Muneer Awad (Government), former Executive Director of the Council on American-Islamic Relations Oklahoma Chapter, who successfully challenged the implementation of an amendment to ban Sharia and International law that violates the U.S. Constitution and targets Oklahoma’s Muslim-Americans.

Mary Beth Tinker and Mike Hiestand (Education), for organizing the Tinker Tour, a national free speech and free press tour to promote the First Amendment through the stories of young people. This past school year, the Tinker Tour traveled to schools in 31 states, the District of Columbia and two countries.

Thomas Healy (Book Publishing), author of The Great Dissent: How Oliver Wendell Holmes Changed His Mind—and Changed the History of Free Speech in America (Henry Holt & Co., 2013). Professor Healy is a Professor of Law at Seton Hall and teaches Constitutional Law, the First Amendment and Federal Courts and Criminal Procedure.

Christopher Finan (Law), President of the American Booksellers Foundation for Free Expression, for presenting key issues of the impact of the attacks of 9/11 on First Amendment rights to middle and high school students in his book, National Security and Free Speech: The Debate Since 9/11 (IDEBATE Press, 2013).

This year’s Master of Ceremonies will be Christie Hefner, Chairman and founder of the Hugh M. Hefner First Amendment Awards. She has been involved in First Amendment, women’s rights and progressive politics for decades. After twenty years as Chairman, CEO, Playboy Enterprises, Inc., Hefner serves on the board of the Center for American Progress Action, the leading progressive public policy think tank. She served as Chairman of Columbia Journalism Review’s 50th Anniversary, working to increase its influence and effectiveness as a media watchdog; and served on the board of the Illinois affiliate of the American Civil Liberties Union for more than 20 years. She also served on the boards of The Creative Coalition and the Nation Institute. In 1987, she was given the ACLU of Illinois Harry Kalven Freedom of Expression award.

This year’s judges, who in addition to selecting the winners will present the awards, are equally advocates in defense of the First Amendment, including:

Margaret Carlson is a journalist at Bloomberg News, where she writes a column. She is best known for being the first female columnist at TIME magazine. She was a panelist on CNN’s Capital Gang for 15 years and covered four presidential elections for TIME. In 2005, she joined Bloomberg, where she appears weekly on Political Capital. Carlson served as a Hugh M. Hefner First Amendment Awards judge in 2002.

Laura W. Murphy is serving a second tenure as Director of the ACLU’s Washington Legislative Office, a position she first held from 1993-2005. Since returning, Murphy has maintained strong relationships with leaders in the United States Congress and the Obama Administration to advance the ACLU’s public policy priorities, including national security, criminal justice, human rights, privacy, reproductive rights, civil rights and First Amendment issues.

Joan E. Bertin is the Executive Director of National Coalition Against Censorship, an advocacy organization that promotes freedom of thought, inquiry and expression, and opposes censorship in all its forms. Bertin is a graduate of NYU Law School, where she was a fellow in the Arthur Garfield Hays Civil Liberties Program. After graduating from law school, she represented indigent clients as a legal services lawyer, served on the national legal staff of the ACLU, and taught at Columbia University and Sarah Lawrence College before returning to legal advocacy.

The Hugh M. Hefner Foundation was established to facilitate individual rights in a democratic society. The primary purpose of the foundation is to support organizations that advocate for and defend civil rights and civil liberties, with special emphasis on First Amendment rights and rational sex and drug policies.

Help Celebrate The Arts In America And Rub Shoulders With The Stars Mar 31, 2015

The Creative Coalition wants you to help Celebrate the Arts in America with Hollywood stars at an intimate 100 person dinner on Friday evening, April 24, 2015 in Washington, DC. More →