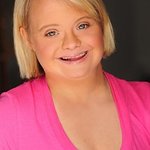 The event takes place starting at 7:00am with registration and check-in at Hansen Dam Aquatic Center in Lake View Terrace where Ms. Potter will serve as Grand Marshal, kicking off the “dress in your favorite decade” run/walk fundraiser before later being joined by Cody Simpson, when the two announce the event’s race winners.

For more information on how to sign up and be a part of Lauren Potter or Cody Simpson’s team, visit www.walkonthehorizon.dojiggy.com.