Kicking off at 6:30pm, the best players of the NBA and soccer gathered to compete at Sara D. Roosevelt Park in the Lower East Side (at Forsyth and Stanton Streets). Showdown featured professional soccer players and NBA giants in a 7-a-side game to benefit the Steve Nash Foundation’s programs for underserved children.

The game was a friendly yet competitive match, complete with high kicks and courageous goals; top class talent was on display. The action on the field was commentated by lead CBS sportscaster, Spero Dedes and had fans cheering on from the on-field seats, standing room access, bleacher seating, along the adjacent sidewalks and park space, and against the surrounding fence.

In its seventh year, Showdown again produced fantastic results. Although the black team led the red team 4-0 in the first half, the red team was able to make a quick comeback, but was unable to hold the ultimate lead. As the final buzzer rang, the black team declared an 11-7 win over the red team. The game was a suspenseful thriller with lead changes, equalizers and show-stopping moves at each end, yet also resembled a street pick up game: players from a host of teams and leagues finding a common love of the beautiful game.

At the beginning of the game Giuseppe Rossi was presented with a JEANRICHARD Aluminum Terrascope for the Spirit of Showdown Award in honor of his successful soccer career and repeated contribution to Showdown over the years. While all the players performed with effortless expertise and great passion, Dirk Nowitzki set himself apart as an all around great
athlete, earning himself the JEANRICHARD Most Valuable Player Award and receiving one of the brand’s new Aluminum Terrascope timepieces as well. 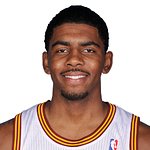 The time has come for PETA to crown the Most Beautiful Vegan Celebrities of 2019, and this year’s titles are going to two athletes at the top of their games: co-captain of the U.S. women’s national soccer team Alex Morgan and NBA point guard Kyrie Irving. More →