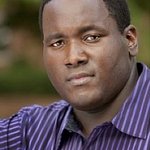 Actor Quinton Aaron, best known for starring in the Oscar nominated film The Blind Side, is gathering his celebrity friends to help raise money for his anti-bullying charity, The Quinton Aaron Foundation.

The festivities will begin in Atlanta, GA on August 14th at The Bobby Jones Golf Course, where Quinton will host his annual celebrity golf invitational. The following day is Quinton’s thirtieth birthday and he will be celebrating this milestone with celebrities and tournament attendees with an exclusive party in the clubhouse. Confirmed celebrities include fellow actor Jae Head, and expected guests Dikembe Mutombo, Clay Aiken, Alice in Chains, Donny Osmond, and many more.

In addition to his charitable efforts, Quinton has also been busy this summer with a slew of major movie roles. He was seen in television appearances on One Tree Hill and Law and Order and will soon be hitting the silver screen again with roles in Broken Doll with Cuba Gooding Jr., Money Is King, Halfway, and Wild Minds.

Quinton Aaron now dedicates himself to sharing his experiences, finding meaningful solutions, and helping children who find themselves victims of bullying and childhood obesity. Quinton’s approach, openly and honestly dealing with these issues, has already proven tremendously successful. Aaron and his foundation started delivering his anti-bullying message in October of 2012 and since then, he and his team have visited countless schools, churches, and anti-bullying programs around the country. In 2015, The Quinton Aaron Foundation intends to bring its message to the entire world in the form of the first ever, “Anti-Bullying World Summit.” For more on The Quinton Aaron Foundation, click here.