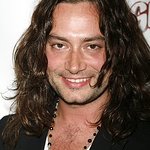 In addition to the celebrity performance the event will also feature rides and games for the kids, a charity motorcycle run, monster trucks rides, food, classic car show, and live music on two stages. The event will run from 11AM-6PM.

“We are excited to have Constantine Maroulis perform at Staten Island’s largest charity event,” said Massimo DiDonna, President of The Carl V. Bini Memorial Fund. “Last year the event drew more than 5,000 people, and this year we anticipate an even bigger turnout as we’ve added more rides, attractions, and talent such as Mr. Maroulis.”

The Carl V. Bini Memorial Fund is a 501c not-for-profit organization founded in honor of Carl V. Bini, a fireman tragically taken on 9/11. It is uniquely positioned to help the Staten Island community in times of need. Most recently, the organization funded The Carl V. Bini Memorial Basketball League for the second year in a row after Nike pulled out, and was named Staten Islander of the week by New York 1 News for its $35,000 renovation of the cafeteria in P.S. 37. The money used was a portion of the funds raised at last year’s Bikers for Bini event.

“I’m excited to bring my Rock of Ages inspired classic rock show to Staten Island with the help of a full band and dancers from Rock N’ Roll Debauchery of NYC. I grew up in Brooklyn and have family in Staten Island. I also lost my first cousin in 9/11, he was working on the 104th floor of the South Tower, so this is a cause that definitely hits home for me,” said Constantine Maroulis. “I can’t wait to perform at this great event to help the Bini Foundation and the people of Staten Island.”

Tickets to the event are $15 for adults and $10 for children 12-18. Children 12 and under are free. The Staten Island Mall is located at 2155 Richmond Avenue and gates will open at 11am and close at 6pm. Tickets are available for purchase online here, at the door the day of the event, or at any Victory State Bank location on Staten Island. You may also enter to win free event tickets by texting the word “BINI” to the number 313131 from your mobile device. Winners will be notified via text daily. For questions or more information please dial (718) 412-1851 or click here. 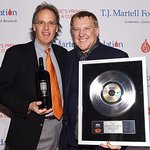