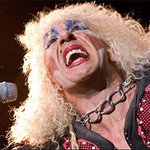 Back in 1984, they said “We’re not going to take it,” and shocked the world with their big hair and bigger stage antics. Now, heavy metal legends Twisted Sister are back with a new message – “It’s not too early to start Christmas giving.”

The band – who will play a special Christmas gig at the Nokia Theatre in New York on December 5 – is inviting their fans to visit Charity Navigator, the most utilized evaluator of charities in the US, and donate to those in need.

“I know it sounds cynical, but the first thing I want to know when I’m asked to donate money is, ‘How much of my contribution will actually reach those it’s intended for?’” said Dee Snider, lead singer and songwriter for the band. “It’s sad, but with all the corruption in the world today, we can’t just assume that our hard earned dollars will get to the people most in need. Charity Navigator sets my mind at ease. With their incredible website, I can give knowing the money I’ve pledged is actually helping.”

Twisted Sister has been rocking their way around charities in recent years, and earlier in 2008 played a benefit concert commemorating the 5th anniversary of the Station Nightclub tragedy in Rhode Island, the fourth largest nightclub fire in US history. Money raised from the concert went to the Station Family Fund, an organization set up by the community to assist victims of the fire. 100 people were killed in the blaze, with another 200 seriously injured, and 65 children lost either one or both parents. Survivors still struggle for compensation and support, and many are unable to meet their monthly needs. The band runs regular auctions for the Station Family Fund on their website, and Dee Snider is also a national spokesperson for March Of Dimes, an organization that aims to improve the health of babies by preventing birth defects, premature birth, and infant mortality through research, community services, education and advocacy. For the last six years he has led the annual Dee Snider Bikers For Babies events to raise money for the charity, and will personally appear at the upcoming Bikers For Babies in Alabama on October 11; St. Louis on October 12; and in Las Vegas on October 25. Earlier this month he appeared on Fox’s TV show Kitchen Nightmares, riding an autographed motorcycle which will be auctioned to benefit the March of Dimes. More information about Bikers For Babies can be found on their website.

“With the state of the economy, we know that donors will have less money to give to charity this year and that charities like food banks will see a sharp increase in demand for their services,” said Charity Navigator spokesperson Sandra Miniutti. “It is critical that those who do give be particularly strategic when deciding which charities deserve support. We are grateful to Twisted Sister for helping us get this message out and for encouraging their fans to give generously to well-run charities.”

Tickets for “Twisted Sister Presents A Twisted Christmas on Broadway” on December 5 are available now from www.ticketmaster.com. 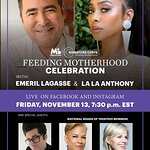