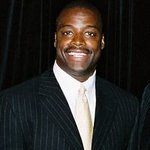 The Dr. Donda West Foundation and Washington Redskins NFL hall of famer Darrell Green have teamed up with the Live to Give Campaign for the Give Back Concert Benefit taking place November 4, 2008 at Ibiza.

The show will benefit the work of Kanye West's foundation named in honor of his mother, Dr. Donda West. The Give Back Concert Benefit will mark the first hip-hop concert benefit in the nation’s capital to encourage giving back to the community.

The campaign specifically focuses on inspiring young adults to give back by voting in the upcoming historic election. The Dr. Donda West foundation will also receive the Give Back award, which honors philanthropists who inspire and encourage young adults to give back to their community and for their dedication to impacting the community through their socially engaged philanthropic efforts. Although Kanye West will be overseas on tour, attendees will be able to gain access to view Kanye’s exclusive video tribute for private viewing only.

The Give Back Concert Benefit will kick off with a meet and greet and voter registration drive with Washington Wizards Star Antawn Jamison for pre-sale ticket purchasers. On October 10 and October 20, the two surprise mega performers will be revealed. The performer who will be revealed on October 10 is a hip-hop heavyweight with his first two albums debuting at number 1 on the billboard charts. The second performer who will be announced has won various prestigious awards including 1 Grammy, 4 BET Awards, and 1 teen choice award.

Keep guessing who these stars might be, and all will be revealed on Look To The Stars when the announcements are made.

The Live to Give campaign encourages and inspires young adults to live their lives accomplishing their dreams but also giving back on their journey to success. Although there are many ways to give, the focus for this event will be to fundraise for underprivileged youth by selling concert benefit tickets and increasing voter turnout for young adults in this year’s upcoming historic election.

General admission to the Give Back Benefit is $85.00. All proceeds will be given to select charities including the Dr. Donda West Foundation, Rick Ross Charities, the Antawn Jamison Foundation, and the Darrell Green Youth Life Foundation. Tickets are available through www.livetogiveback.org; or charge by phone (301) 605- 5324. The first 200 ticket purchasers will attend a private pre-concert celebrity meet and greet for young adults who vote in this year’s upcoming election. On October 10, 2008 and October 20, ticket prices will increase once each performer is revealed.