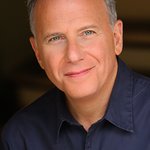 Distinguished philanthropists Janet and David Polak were honored Dec. 2 at the Cedars-Sinai Board of Governors 2014 Annual Gala at the Beverly Wilshire Hotel in Beverly Hills.

For the 10th consecutive year, Lexus was the gala sponsor and donated a 2015 Lexus RC F Performance Coupe that was raffled off. Just 500 raffle tickets were sold.

“Janet and David Polak are passionate about giving back,” said Ruth Dunn, chair of the Board of Governors. “Their exceptional philanthropy, quite notably in the Jewish community and Israel, has made an incredible impact. We’re proud of their commitment to the Cedars-Sinai Board of Governors Regenerative Medicine Institute. Their support will have a global impact that will benefit humankind for generations to come.”

David Polak, founder and former chairman and chief investment officer of NWQ Investment Management Company, and Janet, a former school teacher, have dedicated much of their lives to philanthropic endeavors. Their support of the Los Angeles Jewish Home helped fund a new building in their name. Janet serves on the organization’s board of governors.

In addition to their work in the Jewish community, the Polaks have been ardent supporters of the American Technion Society where they established the David and Janet Polak Center for Cancer Research and Vascular Biology, helmed by Nobel Laureate and professor Aaron Chiecanover. A recipient of an honorary doctorate from Technion Israel Institute of Technology in 2007, David has served as president of the society’s Southern California chapter as well as chairman of the Western Region and chairman of the Investment Committee.

Proceeds from the 2014 Gala benefited the Cedars-Sinai Board of Governors Regenerative Medicine Institute under the leadership of Clive Svendsen, PhD. Funds will advance the field of regenerative medicine and translate laboratory discoveries into effective stem cell therapies and other treatments for neurological disorders, cancers and metabolic, eye and skeletal diseases.

The Cedars-Sinai Board of Governors is a diverse community of donors and leaders who are committed to supporting the Medical Center by providing financial resources, educational experiences for its members, and volunteer opportunities. Click here for more information.