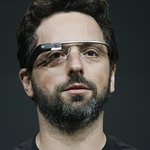 Google founders Sergey Brin and Larry Page have brought together all of their company’s charitable efforts in the form of Google.org, an organization that works to solve problems associated with poverty, disease, and the environment worldwide while simultaneously relying on a for-profit business model.

Officially founded at the end of 2004, after Google’s stock began to be traded publicly, Google.org – the self-described “philanthropic-arm of Google” according to its website – has since made $7 million in investments and grants as of September 15, 2006, and was recently reported to have been given a $1 billion start-up fund.

The philanthropy’s unorthodox for-profit status means that the company will have to pay taxes, but would allow for greater freedom when it came to implementing a company project.

One of Google.org’s first projects to have been announced is the development of a hybrid car that runs on a mileage of at least 100 mpg. Given the for-profit status of Google.org, the organization would be able to pay for the car’s design, form a company to sell the cars, ensure financing by forming partnerships with venture capitalists, and would even be able to hire lobbyists to persuade members of Congress to pass laws that would grant tax credits to consumers that purchase the hybrid cars.

Though if you’re worried about what a for-profit mentality might do to a charitable organization, Larry Brilliant, executive director of Google.org, told The New York Times, “We’re not doing it for the profit.” He mentioned that while he would like company projects to turn a profit, it wouldn’t really matter if they didn’t. “If we didn’t get our capital back, so what? The emphasis is on social returns, not economic returns.”

Nike has announced that 1500 pairs of the mythical 2011 Nike MAG shoes will be auctioned on eBay, Nikemag.eBay.com, with all net proceeds going directly to The Michael J. Fox Foundation. More →