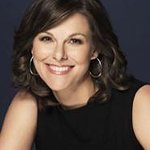 The site, which will officially launch in mid-July, will pursue stories about the education of our 74 million children in honest, fearless, and relentless terms in an effort to turn the tide and reinstate the U.S. as the global education leader.

“The future of our country is predicated on a strong education system that serves all 74 million of America’s children. Unfortunately, for far too long, special interests have prioritized their own needs over the well-being of our students and have not been held accountable,” Campbell Brown said. “We are long overdue for an honest conversation about what works and what doesn’t work. That’s why we started The Seventy Four, a newsroom with an unapologetic point of view that will serve as a platform for those without a voice.”

The Seventy Four will be led by Editorial Director Steven Snyder, former Assistant Managing Editor at TIME Magazine. Snyder and a team of experienced journalists will conduct hard-hitting investigations, provide provocative analysis, and develop cutting-edge multimedia content, which will break through the clutter of stale education news and make an impact.

Regular contributors to the site will include Pulitzer Prize winning journalist Cynthia Tucker, who previously served as a columnist for The Atlanta Journal-Constitution; Michelle Bernard, president and CEO of the Bernard Center for Women, Politics & Public Policy, a leading think-tank focused on domestic and foreign policy matters; and Conor Williams, senior researcher at New America’s Early Education Initiative.

To find out more, visit www.the74million.org.

On Saturday night, the American Foundation for Equal Rights (AFER) and Broadway Impact presented the West Coast premiere reading of the play 8 before a sold-out crowd in Los Angeles and a worldwide audience watching on YouTube. More →