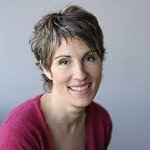 When someone offers you your dream, those oppressed by poverty tend to seize the opportunity. Sex trafficking, however, is one of today’s fastest growing crimes, which affects over a million children.

Making lofty promises to needy children is an easy way to acquire the bodies needed for renting to men for sex.
While in India filming a movie earlier this year, actress Tamsin Greig met children who had been rescued from traffickers and are now living in an Oasis safe house with the support of TEARfund. There she also interviewed a girl, Anisha, who had escaped the red light district in Mumbai on her own.

Through an interpreter, Greig was told that Anisha was convinced to leave her village for a good job in the city, where she would earn good money and be able to make a home and take care of herself. Instead, she became a sex worker. She was taken to the red light area and forced to dance for customers and was given a room “where all the wrong things happened”. When she rebelled, says Anisha, she was beaten by the woman of the house.

Determined to escape, one night she ran away in her nightgown, got into a taxi and asked the driver to take her to the police. A woman police officer brought her and two vans back to the house and asked Anisha to identify the perpetrators, resulting in three arrests: the woman of the house who brought her to Mumbai, her daughter and the pimp.

Oasis provides up to three years of rehabilitation and support for rescued girls. Its goal is to give them a safe place where they can regain confidence, become more independent and learn skills to support their independence.

Tamsin Greig, Mandip Gill and Nikki Amuka-Bird are among the high-profile women who have come forward to back a campaign to tackle plummeting smear test (cervical screening) attendance among young women in the UK. More →