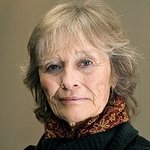 Born Free USA, a global leader in animal welfare and wildlife conservation, commends the legislators in nearly 20 states across the U.S. who have introduced legislation to prohibit the trade in elephant ivory and rhino horn.

Born Free USA has been a leader in fighting against the illegal wildlife trade and emphasizes that international, national, and regional attention is vital to save elephants and rhinos from the global scourge of poaching for their ivory tusks and horns.

According to Adam M. Roberts, CEO of Born Free USA and the Born Free Foundation, “The elephant poaching epidemic for ivory across Africa has reached crisis levels, and the U.S. is popularly-considered the second largest ivory market in the world. As long as U.S. consumers are buying ivory and rhino horn products, these animals will continue to be slaughtered for trinkets, jewelry, or musical instruments.”

“It is estimated that more than 90 elephants are slaughtered daily by poachers, and more than 117,000 have been killed since January 2012. We applaud the leadership of state legislators in introducing these bills to ban ivory and rhino horn once and for all. This is a crucial part of ending the slaughter,” Roberts adds.

New York, California, and Hawaii are the largest ivory markets in the U.S. In 2014, New York and New Jersey set a precedent as the first two states to successfully pass bans restricting the trade and sale of ivory and rhino horn.

Roberts explains, “As revealed in Born Free USA’s reports, Ivory’s Curse and Out of Africa, illegal ivory trafficking is exploited by transnational criminal networks that enable terrorism, weapons, and human trafficking, feeding devastating violence and instability in fragile African states. If consumers all over the world stop buying ivory, the market will dry up, profitability will vanish, and poachers and profiteers will look to another line of work. Ivory markets must disappear before elephants do.”

Additionally, both black and white rhinos in Africa are in serious danger due to poaching. The market for their horns is fueling the slaughter of more than 1,000 rhinos per year in South Africa alone. Only 25,000 black and white rhinos remain across all of Africa, and they could become extinct in the wild in as little as 12 years. The horns, made of a substance akin to fingernails, are used by unwitting consumers who falsely believe in their medicinal application, despite conclusive evidence that they have no curative properties.

Born Free USA is urging compassionate citizens nationwide to contact their elected officials at the state and federal level and urge them to take swift action to pass legislation protecting elephants and rhinos before it is too late.

Born Free USA is a global leader in animal welfare and wildlife conservation. Through litigation, legislation, and public education, Born Free USA leads vital campaigns against animals in entertainment, exotic “pets,” trapping and fur, and the destructive international wildlife trade. Born Free USA brings to North America the message of “compassionate conservation” — the vision of the United Kingdom-based Born Free Foundation, established in 1984 by Bill Travers and Virginia McKenna, stars of the iconic film “Born Free,” along with their son Will Travers. Born Free’s mission is to end suffering of wild animals in captivity, conserve threatened and endangered species, and encourage compassionate conservation globally.

Just weeks after a fire broke out at the Pata Zoo in Bangkok, Thailand, actor Gillian Anderson has sent the zoo’s owner a letter on behalf of PETA Asia asking him to close the exotic-animal menagerie in the Pata Department Store and send the animals to reputable sanctuaries. More →
More news →