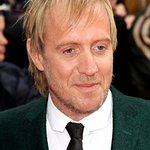 His passionate declaration puts pressure on the governments of Wales and England to fulfil their pledges to ban wild animal acts. A controversial lion and tiger show barred from England over welfare failings was due to open last week in Bridgend, but was cancelled after widespread opposition.

Pembrokeshire-born actor and musician Rhys Ifans, known for his role in Notting Hill, gave his support to Animal Defenders International’s Stop Circus Suffering campaign saying, "Like bear baiting, witch burning and the “Welsh not”, this cruel practice belongs in the past."

Rhys joins a host of celebrities, conservation experts, vets and wildlife experts backing Animal Defenders International’s call for legislation to prohibit wild animal circus acts. The organisation is urging members of the public to avoid animal circus shows ahead of promised laws being passed in England and Wales.

Animal Defenders International President Jan Creamer said “Rhys is a true star for speaking out on behalf of the lions, tigers and other wild animals who continue to suffer for entertainment. Confining these incredible animals to cages and forcing them to perform tricks serves no education or conservation purpose and must be stopped. We urge the Welsh Assembly and British Government to urgently move forward with their plans to prohibit them once and for all, and landowners not to allow these archaic acts on their land in the meantime.”

‘An evening with lions and tigers’ features two lions and three tigers forced to perform tricks under the guise of education. The show was prevented from performing in England over welfare failings and is now touring Wales where regulations for wild animals in circuses do not apply. The show has sparked a public outcry, meeting with political opposition, protests and petitions as it tours.

The big cats’ conditions contrast starkly to those they would enjoy in the wild. Tigers are solitary and have limited contact with their own kind in their natural environment, roaming and defending a territory which can be as large as 470 km2. Chipperfield’s tigers live in close proximity to one another and alongside lions, who they would never encounter in the wild, in a confined beastwagon which is both their travelling and living quarters.

Pressure is mounting on the Welsh Assembly to end wild animal circuses. Earlier this year, a government spokesperson stated “We are pressing the UK government to deliver on the promise to legislate as soon as possible.” Support remains strong, with Welsh Labour pledging to end such acts in its election manifesto and the Welsh Conservatives committing to end the “barbaric” and “damaging” shows last month. The First Minister of Wales, Carwyn Jones recently tweeted “We need to get to a common position with the GB nations on banning circuses with wild animals”.

31 countries already have national restrictions on animal performances in place. A wild animal circus ban in England was announced in 2012 and draft legislation published the following year. Government inaction on the issue has allowed a big cat act to appear in Britain, and two circuses continue to perform with wild animals.

The British public is overwhelmingly opposed to wild animal performances. Distaste for the outdated entertainment is reflected by consistently high support for a ban.

An Early Day Motion to expedite the wild animal ban in England has secured cross-party support and been signed by several Welsh MPs.