Igniting A Chain Reaction Of Love - An Interview With Jenny Jones 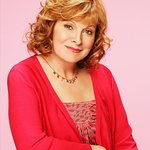 Through her foundation, Jenny is giving away $1 million of her own money. Her Jenny's Heroes program awards grants of up to $25,000 to individuals who submit the best ideas for tangible, lasting community projects chosen for their significant long-term benefits. To date, more than 45 grant recipients have been given $745,000 to purchase equipment, build playgrounds and computer labs, fund after-school programs, and provide security and lifesaving devices to communities across the country.

Many times when we read about a celebrity involved with charity work, we envision them standing behind a podium with a big dummy check saying ’here’s your money, now go ahead and spend it.’ Maybe this is the case with some celebrities, but Jenny Jones has created a new frontier for humanitarian do-gooders and their communities.

Well known for her generosity and selflessness, Jones has been quietly improving communities and changing lives via her Jenny’s Heroes program. Jones has taken a hands-on approach by reading each and every application the program receives, staying in touch with all her chosen Heroes and watching with tearful amazement as one simple act translates into a lasting and substantial contribution to society.

Look to the Stars spoke with Jenny about her inspiration, philanthropy, humanitarian soul and the unforeseen ripple effect caused by her love and generosity.

Jenny, did you have any idea that the Jenny’s Heroes program was going to be so successful?

I didn’t know what to expect! I know the Internet is so vast and there are so many people out there and I thought ‘is anybody even going to know this is here’ and ‘what if I get no responses’ but now I’m at the point where I can’t even keep count of how many applications I have, and I read them all. It’s really, really been great. At the beginning, I had back problems because I spent so many hours at the computer, and I still spend most of my life at the computer. It’s become my full time job and I couldn’t be happier.

In recent years, have you noticed an increase in celebrities getting more involved with charities?

I’m not sure there’s more of it, but I know they talk about it more and because of the Internet we hear about it more. I’d like to think all celebrities – or all people who have found success – I think they have an obligation to give back. You know, I’ve got enough shoes, I’ve got enough clothes, and so maybe it’s a cycle where they have always been giving but now that the word is out maybe its encouraging others to do more.

You’ve gotten some interesting requests for grants, including a down-payment for a sailboat where someone wanted to hold Bible study classes, to a request for help with bird banding. What’s the most common type of grant request you receive?

There is quite a range of them. But most of the requests involve children. One of the most common and unexpected is after-school programs, which I can understand with the economy and where it stands today. There are so many communities and people saying we want to start an after-school program, we need stuff for the kids to do, a place for them to go, a way to keep them off the street and out-of-trouble. I wasn’t expecting this and in fact, all of our Heroes from the month of September were teachers.

Tell me about this incredible ripple effect you’ve essentially created through your Heroes program?

What’s happened is – because we get publicity for each of the Heroes, whether we get them in their local paper, or on their local news- is that a lot of people have been coming forward to volunteer. For example, we put in a security fence and camera at a domestic violence shelter not far from us in Riverside at the request of a female CHP Officer, who became a Hero. After her story ran in the paper, people began dropping off more clothes and someone even donated a truck. She also got the volunteers that she needed. This is part of a ripple effect. So it’s important to remember that even if you can’t give you can certainly always, always donate your time because that’s always needed.

Your first Hero, Travis from Wisconsin, is also a good example of the ripple effect.

Yes, and so many times with these grants that’s what’s happening. Travis was a night custodian at a technical college in Wisconsin. Travis used his grant to purchase teaching equipment for the nursing section of the school. After he was on the news, the school got more donations and they also got some repairs done that were on the backburner because they were noticed in the press, that was an unexpected bonus to all this.

[Jenny pauses for a moment before continuing. Her passion and sincerity evident in her voice.]

Then a children’s librarian in North Carolina, we got books for her library and after that was in the paper, not only did she get books from the community, but she got a mom and her two young daughters to donate. The daughters said ’we’re done with these books can we give them to the library’, I get goose bumps just thinking about. This woman is getting books from people she doesn’t even know.

You are well known for your generosity and desire to help people, how did you become such a generous woman?

I think some parts of your personality, its just you. Even when I had nothing I was always that way. I remember when my parents were celebrating an anniversary, I wanted to get them a great gift and I tried to get family involved and they all said no. So I actually took out a loan and sent them to Hawaii for their anniversary and when I won ‘Star Search’ I bought them a house. It was just always in my nature and I can do bigger gifts now because I was lucky with my show and made money.

It must be incredibly rewarding?

It is. And anybody that doesn’t have this in their nature, they really should try it because it’s the most wonderful feeling in the world to do something that makes such a difference. And it doesn’t have to be a lot. One of the most excited women I talked to won a grant for $3,000 to buy robes for the church choir, she was hysterical when I called her and laughing and crying, so it doesn’t take a lot.

You’ve described your involvement with your Foundation and Heroes as very hands on?

This is a case where I know where every single penny goes, not just every dollar, but every penny. I’m not giving anybody just a check. The Hero’s don’t get anything, they don’t get a check. The money goes to the store or to the supplier or if someone is installing stuff – we pay him or her directly. For instance, I have a great relationship with Best Buy, among others. If a Hero is awarded a grant and they call me from Best Buy, I’ll give the store manager my credit card to pay for the items. I make the purchases to the point where I have to be by the phone almost all the time. I am 100% hands on. Between reading the applications, personally updating the website and communicating with the Heroes.

It’s going to be a year-end big Christmas blast! I’m challenging people to help as many people in their community as possible with this grant. With only a few Heroes we have improved the lives of about 50,000 people, so I want to see what we can do with $100,000 grant.

What would your ultimate Christmas wish be?

That my Christmas grant helps more people than I ever imaged it would. I’m hoping that the application comes through from a person who can do something amazing in their community with this money. That’s what I live for now. I can’t even print the words how great this is. Sometimes I just look at my website and cry.

The long-arm of Jenny Jones is helping many, many people and we can only imagine how successful the $100,000 grant is going to be?

Yes, It’s hard to count how many people are going to benefit. When you think about some things that have been given, you know, you put books in the library and they are going to be there for years, the nursing equipment, the firefighting equipment, the jaws of life, how many lives is that going to save? To be able to be part of this – I just wish everybody could do this and see how good it feels. I don’t know how I could not do this because every day it’s a joy to see what my little donations are doing.

Perhaps the most unique aspect, aside from your direct hands-on involvement, is that these Heroes are real. They are average everyday people that you have been able to help in efforts for them to improve the quality of life in their community.

The Hero does not benefit, they are all doing this for other people in the community, and that’s why they are Hero’s. Sometimes it’s very trying to read all the applications because I know I can’t help everybody but I have to try to impact the most amount of people with my donations as possible and Jenny’s Heroes are doing just that.

Look to the Stars would like to thank Jenny Jones for taking the time to speak with us. Her unique and inspirational contribution to humanity coupled with her sincerity certainly makes her one of our own Heroes.

Jenny Jones is currently searching for more Heroes! If you or someone you know is trying to improve your community and create a positive lasting impact on humanity, please visit Jenny’s Heroes website to learn more about the Hero grants, and who knows, you just may win the $100,000 grant to spread the holiday love this season.

Jenny Jones To Give Further $1 Million To Community Heroes Feb 4, 2009