Stars Back Campaign To Catch Cat Ripper Of Croydon 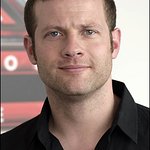 A plethora of stars are backing the campaign to catch the person behind a number of horrific cat deaths and mutilations in London.

Since more than 30 cats have reportedly died at the hands of the so-called “Cat Ripper of Croydon” over the last two years and at least seven have been found disembowelled or decapitated in the area in recent months, PETA has offered a staggering £5,000 reward for information leading to the arrest and conviction of the perpetrator.

Now, X Factor presenters Dermot O'Leary and Caroline Flack, along with You Me At Six frontman Josh Franceschi, have alerted their more than 4 million combined Twitter followers about PETA’s offer, in the hope that getting the word out will lead to an arrest. The Vamps' lead guitarist, James McVey, has also stepped in to sweeten the pot even more – offering free tour tickets to anyone who can help find the killer.

PETA urges residents to keep a watchful eye on their animal companions and to keep them indoors. Because animals cannot report being abused and can do little to fight back, violent people sometimes use them as “practice” victims.

“We’re grateful to these compassionate stars for alerting their millions of fans about this sickening case”, says PETA Associate Director Elisa Allen. “Someone in South London must know something about the cruel individual who committed these callous acts, and we’re calling on anyone with information to come forward. A person capable of deliberately causing this kind of suffering to helpless animals demonstrates a very worrying psychological state and must be found.”

Anyone with information about this case is encouraged to contact the RSPCA on 0300 1234 999.