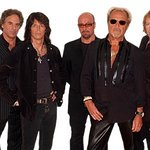 The band’s royalties will be donated to JDRF (Juvenile Diabetes Research Foundation) and the album is available exclusively via Amazon, with a special pre-order promotion kicking off on Monday, January 25, 2016 here.

The sold-out trek with Kid Rock introduced well over half a million new fans to FOREIGNER’s nine Top 10 hits during each tour stellar performance. Foreigner will appear on “The Today Show” on Thursday, February 11 to premiere songs from the new album and announce upcoming tour dates.

To coincide with the album release, Foreigner will bring its IN CONCERT.UNPLUGGED show to select venues including a special event at New York’s famed Lincoln Theater on February 17th. This tour is a prelude to a soon to be announced national tour in the fall with a grand finale at The Carnegie Hall in October. Audiences will have an intimate experience witnessing masterful performances of such fan favorites as “Cold As Ice,” “Hot Blooded,” “Juke Box Hero,” “Waiting For A Girl Like You,” and many more.

FOREIGNER is on a major roll right now with streams and downloads soaring after their worldwide #1 hit “I Want To Know What Love Is” was featured as the 2015 season finale end title of “Orange Is The New Black.” FOREIGNER hits have also recently been included in such primetime TV shows as “The Late Show with Stephen Colbert” and “The Tonight Show with Jimmy Fallon,” among others.

Here’s the complete track listing for IN CONCERT.UNPLUGGED: