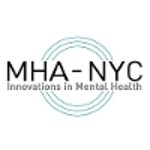 On Tuesday April 12th the Mental Health Association of New York City (MHA-NYC), a national leader in mental health services, advocacy and education will host its annual gala, themed “The Many Faces of Mental Health.”

Kennedy, who served in the U.S. House of Representatives from Rhode Island’s 1st district from 1995-2011, is one of the nation’s leading voices on mental illness, addiction and brain diseases. During his time in Congress, he fought a national battle to end medical and societal discrimination against these challenges, highlighted by his lead sponsorship of the Mental Health Parity and Addiction Equity Act of 2008 and his openness about his own health challenges. Kennedy details his vision for the future of mental health in America as well as some of his own personal struggles in a new book he has co-authored, “A Common Struggle.” His wife Amy, who serves as Education Director for the Kennedy Forum, will address their commitment to mental health at the gala.

“Patrick’s leadership has been essential to the progress we have made with mental health parity to this point,” MHA-NYC CEO board chairman Kevin Danehy said, “and it is absolutely vital as together we build on this progress and navigate the new and changing health care landscape.”

“I want to thank Kevin, MHA-NYC CEO and President Giselle Stolper and everyone at the organization for this honor,” Kennedy said. “They are fighting every single day on behalf of nearly 50 million Americans and so I am proud to share this honor with them. We have so much still to accomplish, and I look forward to working side by side with MHA-NYC to get it done.”

The gala will also feature Antigone Davis, the head of Global Safety on Facebook’s Public Policy team. The National Suicide Prevention Lifeline team has been partnering with Facebook since 2007. The partnership has served a critical role in helping Facebook support people in suicidal crisis who use the platform, as well as the community around them. They’ve created new support tools, resources for people going through a crisis, and tips to equip friends to support a friend in crisis in addition to reaching out to Facebook.

“Lifeline staff are worldwide leaders and innovators in their use of social media to reach and support people in crisis,” Antigone Davis said. “All of us at Facebook are committed to working together to create a more socially connected and responsible online community.”

Also scheduled to speak at the gala is Sarah Vander Schaaff, whose first person account of her struggles with obsessive compulsive disorder in the Washington Post (“Obsessive-compulsive disorder nearly ruined her life”, January 4th) has generated wordwide acclaim from those with similar mental health issues and those thanking Vander Schaaff for coming forward and helping to reduce the stigma associated with mental illness.

“Sarah’s column, and the reaction to it, has been so moving for all of us,” Stolper, the MHA-NYC, CEO and President said. “It is a perfect example of the importance of advocacy, education and awareness surrounding mental health. Her story is a life lesson about the progress that can be made when we address our problems without shame or stigma.”

“I am thrilled be a part of this great evening with such a powerful theme,” Vander Schaaff said. “This cause affects every age, race and socioeconomic class. I am just one more of the many faces of mental health.”

More than 500 business, civic, and government leaders will come together for the 2016 gala, to call attention to the diversity of people who grapple with mental health challenges and to celebrate the innovative leaders, programs, and technologies bringing treatment, support, hope, and health to those striving to achieve emotional wellness. Dinner Chairs for the gala include Jennifer Ashley Ph.D., Global Director of Human Resources of CBRE; Rick Clark, Senior Managing Partner and Chairman of Brookfield Property Group; and Charles Fitzgerald, Senior Managing Partner of V3 Capital Management, L.P.

To learn more about the MHA-NYC gala “The Many Faces of Mental Health” click here. 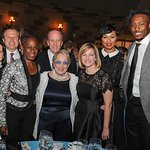 The Mental Health Association of New York City (MHA-NYC) raised $516,625 to support programs and services that improve the lives of people impacted by mental health challenges in New York City and across the United States. More →