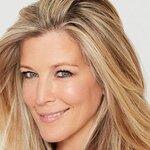 The Invictus Games Orlando 2016, presented by Jaguar Land Rover, taking place from May 8-12 at ESPN Wide World of Sports Complex at Walt Disney World Resort, Kissimmee, FL, today announced a star-studded lineup for the event’s Opening Ceremony on May 8, 2016.

Esteemed Executive Producers of the Invictus Games 2016 Opening and Closing Ceremonies Sara Donaldson and Christopher Laue debuted the lineup at a presentation showcasing the spectacular elements of the ceremony.

“The Opening Ceremony of the Invictus Games Orlando 2016 will be a spectacular event that reflects that awe-inspiring spirit and courage of the competitors, family, friends and care givers,” said Donaldson. “With breath-taking military performances, stories of courage and musical acts that are unmatched, fans won’t want to miss the epic display that will be put on at the Opening Ceremony and should buy their tickets now before they sell out.”

Founder of Donaldson Creative, Donaldson most recently Executive Produced the Rugby World Cup Opening Ceremony in London, the Invictus Games London 2014 Ceremonies and along with Laue was Co-Chief Operating Officer of the London 2012 Olympic and Paralympic Games Ceremonies. Laue, of ContinuumLIVE, most recently served as Executive Producer for the Lima 2019 Handover Segment at the Toronto 2015 Pan American Games, the Salvation Army International Congress, the Los Angeles Music Center 50th Anniversary Spectacular and the Opening and Closing Ceremonies of the Veracruz 2014 Central American and Caribbean Games.

The Opening Ceremony will include musical performances by British sensation Laura Wright and international star James Blunt and other surprise guests. The Ceremony features an unprecedented number of military performances, including the U.S. Army Herald Trumpets, U.S. Army Band, U.S. Navy, U.S. Air Force, U.S. Army Old Guard Fife and Drum Corps and the U.S. Marine Corps Silent Dill Team. In addition, the audience will hear emotional first-person narratives from injured servicemen MSgt Israel Del Toro Jr., LCpl John-James Chalmers and Louis Nethercott. The show is bound to be one of the most inspirational events Orlando has ever hosted.

“The pageantry of the opening ceremony will begin a week that will give us all the opportunity to pay tribute to service and honor the sacrifice of our injured servicemen and women and their families,” said Ken Fisher, Chairman of the Organizing Committee, Invictus Games Orlando 2016. “I hope that every American can join us for the Invictus Games, cheer on these amazing competitors, and show those just starting out on the road to recovery what is possible, despite their injury or illness.”

Thousands of friends, family and fans will welcome more than 500 competitors representing 14 nations at the Opening Ceremony, held at the ESPN Wide World of Sports Complex at Walt Disney World Resort in Kissimmee, Fla., while audiences across the globe can watch the event live on ESPN 2. Fans can click here to purchase tickets to this once-in-a-lifetime event.

Stay tuned for upcoming announcements about additional talent joining the Opening Ceremony and the line-up for the Closing Ceremony. The Invictus Games Orlando 2016 Opening and Closing Ceremonies are being produced by continuumLIVE and Donaldson Creative with Christopher Laue and Sara Donaldson jointly performing the roles of Executive Producer and Creative Director. 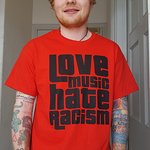