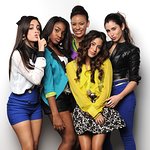 “I was born a preemie, so I take great pride in working with an organization that helped save my life and the lives of other tiny babies,” says Ms. Brooke. “It’s my hope that I can help raise awareness for March for Babies so others will join to fight for preemies and improve the health of all babies. Let’s rock this year’s March for Babies!”

Ally will be conducting television, radio, print and internet interviews this month to help support March for Babies. She will also be participating at an upcoming March for Babies walking event later in April. Anyone can join a March for Babies by visiting marchforbabies.org.

March for Babies will take place in nearly 500 communities nationwide this spring. Funds raised by this event support community services, research, education and advocacy for pregnant women and babies. The March of Dimes is raising $75 million to support a nationwide network of five cutting-edge, team-based research centers seeking to find the unknown causes of preterm birth and new ways to prevent it.

“Premature birth is the #1 killer of babies in the United States,” says Dr. Jennifer L. Howse, president of the March of Dimes. “We’re lucky to have Ally as our celebrity ambassador, because her personal connection to our mission to fight premature birth resonates with millions. She knows how lucky she is to be healthy, but many other babies who survive a premature birth may face lifelong health and learning problems. Together with our other volunteers and our corporate partners, the March of Dimes is committed to funding the answers to the unknown causes of preterm birth and other problems that affect the health of babies.”

Kmart is the number one corporate sponsor for March for Babies, having raised over $130+ million over the past 30-plus years.

Kmart and top sponsors Famous Footwear, Macy’s, Cigna, United Airlines and Mission Pharmacal are helping the March of Dimes raise more than $95 million in this year’s event to support lifesaving research and programs. In addition to these national sponsors, thousands of corporations across the country will participate in March for Babies this spring.

The March of Dimes is the leading nonprofit organization for pregnancy and baby health. For more than 75 years, moms and babies have benefited from March of Dimes research, education, vaccines, and breakthroughs.

March Of Dimes, the leading nonprofit fighting for the health of all moms and babies, announced today that nine-time Olympic medalist Allyson Felix has joined the organization’s Celebrity Advocate Council to shine a spotlight on the nation’s maternal and infant health crisis. More →