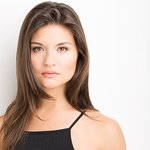 The Elly Award Recipients (all in attendance) will be:
• Kay Koplovitz, Founder and former Chairman & CEO of USA Networks, author, and Co-Founder and Managing Director of the Springboard Fund.
• Rosie Rios, 43rd Treasurer of the United States and past Managing Director of Investments at MacFarlane Partners.
• Phillipa Soo, stars as Eliza Hamilton in Broadway’s Hamilton, nominated for a 2016 Tony Award and winner of the Lucille Lortel Award for Lead Actress in a Musical, and co-founder of The Eliza Project.

Paula Zahn, nine-time Emmy-winning anchor of “On The Case With Paula Zahn,” will moderate a conversation on leadership with the honorees following the presentation of the awards.

“The Women’s Forum is a leadership organization of New York’s preeminent female leaders in every professional sector, from finance to fine arts,” said Carolyn Carter, President of the Women’s Forum of New York. “Appreciating that education is the key to success in every industry, we pride ourselves in helping high potential women over the age of 35 return to college after their education has been disrupted by life’s adversities. Giving these women a second chance to realize their potential is our way of giving back and building new leaders.”

“Twenty-nine years ago, the Education Fund embarked on a mission to help women, who had overcome serious hardships in their lives, to realize their dream of an education,” said Linda A. Willett, President, The Education Fund of the Women’s Forum. “We started out slowly, but have been able to achieve real momentum in helping these women through the Elly Awards. Education Fund grants have made a significant impact on the lives of the women who receive them, on their families, and on their communities as grant recipients earn a degree and take their place in the work world.”