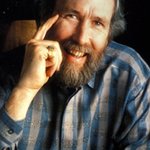 The Jim Henson Company is hosting “Puppets for Puppetry,” a fundraiser for The Center for Puppetry Arts honoring the esteemed puppeteer Dave Goelz, best known to fans around the world as the performer of iconic puppet characters like The Great Gonzo, Dr. Bunsen Honeydew, Boober Fraggle, Traveling Matt, and many more.

The event will be held at The Jim Henson Company’s historic Hollywood studio lot on September 24, 2016 – a doubly auspicious date for Henson friends and fans as it would have been Jim Henson's 80th birthday. The unique live performance will be led by Tony Award-nominee John Tartaglia (Avenue Q) and promises to be a musical and fun evening.

The event benefits The Center for Puppetry Arts, whose mission is to inspire imagination, education and community through the global art of puppetry. The Atlanta-based nonprofit is the nation’s largest and only resource of its kind, featuring a worldwide puppetry collection, vibrant theatre spaces, and an education department that develops puppetry talent through workshops and performances. The Center for Puppetry Arts also uses the latest technology to offer its award-winning Distance Learning programs for PreK-adult through videoconferencing and recorded content. The arts-infused workshops and interactive puppet performances are conducted via videoconferencing and are tailored to specific classroom topics and curriculum. The programs complement national curriculum standards in language arts, social studies, science, math and other areas and serve schools nationwide.

The Center for Puppetry Arts recently expanded to include a new gallery housing the Jim Henson Collection and the Worlds of Puppetry Global Collection. These two permanent exhibits together represent the most definitive display of both Henson puppets and other puppetry traditions from around the world.

“The Center for Puppetry Arts is the only location of its kind in the U.S., and is particularly special to me and the entire Henson family,” said Lisa Henson, CEO of The Jim Henson Company. “My father dedicated the Center for Puppetry Arts at its opening, and he continued to support both the Center and the art forms of adult and traditional puppetry throughout his years of success with the Muppets.”

“Dave Goelz is an inspiring puppeteer and has brought some of the world’s most beloved characters to life,” said John Tartaglia. “From a ‘whatever’ who eats rubber tires, to an explorer fascinated by ‘silly creatures,’ Dave’s characters are full of joy and have a love of playfulness. We are planning an exciting performance to honor his incredible contribution to the art of puppetry.”

“Puppets for Puppetry” is hosted by The Jim Henson Company with support from The Muppet Studio. Individual tickets start at $250 with tables and sponsorship packages beginning at $7,500. For additional information, click here. 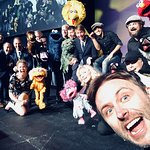 On Saturday, May 5th, celebrities and puppet VIPs showed their support for puppetry when The Jim Henson Company hosted the second “Puppets for Puppetry” on its historic Hollywood lot. More →