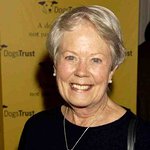 Animal Defenders International (ADI) applauds the announcement by the Scottish Government to imminently introduce legislation to ban the use of wild animals in circuses in Scotland.

First Minister Nicola Sturgeon outlined her plans in the Scottish Parliament this week, which include their intentions to introduce a Wild Animals in Circuses Bill.

The new Bill will:
• Ban the use (performance and exhibition) of such animals in travelling circuses on ethical grounds on the basis that this practice is morally objectionable to a large proportion of Scottish society
• Put in place enforcement provisions and sanctions for non-compliance with the ban

Jan Creamer, President of Animal Defenders International, said: “Circuses are no place for wild animals and the public in Scotland, England and Wales overwhelmingly support a ban on wild animal acts. We are delighted that the Scottish Government has decided to press ahead and end the suffering. We hope that Westminster will do the same.”

The new Scottish Bill follows a public consultation two years ago “Should the use of wild animals in travelling circuses be banned in Scotland?” by the Scottish parliament in 2014. The results revealed a huge distaste for such acts amongst the public, with 98% of Scots backing a ban.

Scottish actress Annette Crosbie highlighted the terrible price paid by animals in circuses, describing the ‘form of entertainment’ as ’’Victorian" and “endangers and degrades helpless animals.”

Years of ADI investigations in the UK and around the world have exposed the inevitable suffering of animals made to perform and tour with circuses. Given the constant travel and their temporary nature, circuses cannot provide animals with adequate facilities to keep them physically or psychologically healthy. Welfare is always compromised.

32 countries around the world have introduced prohibitions on animals in circuses to date, with England and Wales promising to ban wild animal acts.