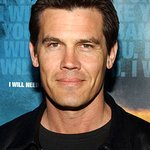 W star Josh Brolin has joined the long list of celebrities lashing out against Proposition 8, which bans gay marriages in California.

Brolin didn’t hesitate to voice his anger at the ban and those who voted in favor of Proposition 8.

“Who gives a s…! Who cares!” said Brolin “[It] doesn’t mean [gay and lesbian people] are going to stop kissing in the streets, just cos they can’t get married. And that’s the issue for the religious, that it’s visible and it’s always going to be visible, it ain’t going to go away.”

In May of 08, same-sex marriages were legalized in California, but the legislation was reversed on November 4, 08 when the majority of voters backed the bill to reintroduce the ban.

“Gay life is more mainstream” continued Brolin, “But at the same time, things like this happen and you go, ‘You got to be kidding me!’ especially in California… I think it’s awful, but I understand it, everybody has their perspective.” 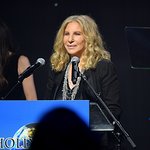 UCLA Institute of the Environment & Sustainability (IoES) held the 2019 Hollywood for Science Gala in Los Angeles on Thursday, February 21. More →