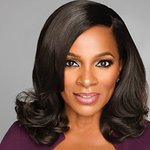 Bounce recently acquired all assets of The Trumpet Awards and now owns, produces and exclusively premieres the star-studded ceremony.

Honorees at this year’s silver anniversary ceremony include television host and Daytime EMMY nominee Wendy Williams who will be presented with the Trumpet Award for Entertainment, former NBA great Dikembe Mutombo who will be recognized with the Humanitarian Trumpet Award, New Edition receiving the Lifetime Achievement Trumpet, GRAMMY-winning soul singer Peabo Bryson accepting the Legend Trumpet and fashion blogger Gabi Gregg being given the Trailblazer Trumpet Award.

In a very special tribute, civil rights icon and founder of the Trumpet Awards Xernona Clayton will be presented with the distinguished “Golden Trumpet Award” in recognition of her unparalleled leadership, affecting change, and steadfast work in building the legacy of the awards.

The Man/Kind Project, Inc., a non-profit organization whose mission is to fight racism and intolerance by uniting cultures through awareness and empathy, is set to present TEARS: THE EVENT AGAINST RACISM & STEREOTYPING, a Global Online Event unifying our voices in the spirit of empathy, tolerance and understanding. More →