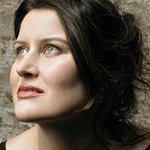 The Rona Barrett Foundation, a non-profit founded 17 years ago by television entertainment news pioneer, Rona Barrett and is dedicated to providing care services and housing solutions for in-need and vulnerable senior citizens, is proud to announce that one of the greatest Jazz bands of our time – the legendary Count Basie Orchestra – will hold a benefit Jazz concert on Saturday, July 8 at 7:00 p.m. at the historic Lobero Theatre in Santa Barbara.

The show will raise funds for the Foundation’s new “Harry’s House – A Home for Alzheimer’s and Assisted Living at the Golden Inn & Village.”

Grammy Award-winning singer/songwriter, Paula Cole, is set to perform with the band as guest vocalist.

“The Count Basie Orchestra, directed by Scotty Barnhart, is pleased to be a part of this inaugural benefit concert event at The Lobero Theatre for The Rona Barrett Foundation. This concert merges Rona’s previous entertainment career with her current one in helping underserved senior citizens, inclusive of Alzheimer’s care. The Legendary Count Basie Orchestra has been entertaining audiences all over the world since 1935 and we are excited to entertain Santa Barbara jazz lovers at this historic venue while making money for a very worthwhile cause!” says the Count Basie Orchestra in a joint statement.

The Count Basie Orchestra has won every respected jazz poll in the world at least once; won 18 Grammy Awards; performed for Kings and Queens and royalty around the globe; appeared in several movies, television shows and at every major festival and major concert hall in the world. Today, under the leadership of its Director, Scotty Barnhart, The Count Basie Orchestra is traveling the world and continuing its tradition of being “The Most Explosive Force In Jazz.”

The evening’s guest vocalist, Paula Cole is a Grammy Award winner who has also been nominated 7 times for the same award. April 2017 marks her 20th Anniversary as a Jazz artist with the release of her sixth solo album, “Raven.” Peter Gabriel celebrates her- “Paula is an original voice both in what she is saying and how she is saying it!” and collaborative artist/trumpeter, Chris Botti, praises, “her voice sounds like a soulful trumpet!”

“I’m so impressed with Rona Barrett’s humor, wit, and loving dedication to seniors with Alzheimer’s,” says Paula Cole. “Her foundation has built the Golden Inn and Village and I couldn’t be more honored to take part in this special fundraising event with the legendary Count Basie Orchestra on July 8th. It will be tremendous for me to sing with this historic, swinging, big band. I am thrilled to take part and know it will be a very special night!”

“Harry was my Dad. He had Alzheimer’s. I promised I would take care of him until the end,” says Rona Barrett. "Harry was also a giver because from the time I was a little girl, he taught me the importance of when you had more than a nickel and could spare it, YOU GIVE BACK! He never had a lot of money but I grew up seeing him write checks to all kinds of charities; from the March of Dimes to the American Red Cross, he was always sending money. This concert and “Harry’s House – A Home for Alzheimer’s and Assisted Living at The Golden Inn & Village” are symbolic of what I learned from my Dad and honors his legacy!" Adds Rona, “If my Dad were still with us today, he would be thrilled to hear the Count Basie Orchestra and would be seated up front center. And, he would want to desperately meet Paula Cole in-person – he liked talented ladies! I can’t wait for the evening to begin!”

What started as a dream twenty years ago, became a reality when Rona Barrett had the ribbon-cutting ceremony for the Golden Inn & Village (GIV) in October 2016. The Golden Inn & Village, situated on approximately 7.3 acres in the bucolic Santa Ynez Valley community, is the first affordable independent living Campus in the area, currently housing nearly 100 underserved senior citizens. Under the Foundation’s vision of having a continuum of care model – which would bring housing and healthcare under one roof — seniors who reside at the Golden Inn & Village will eventually have the opportunity to seamlessly transition, due to health and life circumstances, to either Alzheimer’s or Assisted Living care without ever having to leave the Golden Inn & Village.

“Harry’s House – A Home for Alzheimer’s and Assisted Living at the Golden Inn & Village,” is scheduled to open in 2018.

For more information or to purchase tickets, please log onto www.lobero.org or call the BOX OFFICE directly at (805) 963-0761.