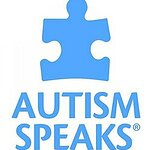 The concert will take place at the iconic Gershwin Theatre on Monday, June 19, 2017 at 7:30 p.m., and will benefit Autism Speaks. More than 150 young artists will join the Broadway cast on stage for an evening that will inspire feelings of understanding, acceptance, kindness and compassion.

This year’s show will introduce Mina Cuesta, an incredible lyric soprano on the spectrum. She was non-verbal in early childhood, but her parents’ introduction to music became her pathway to communication. “Mina’s love of theatre and singing is infectious and endearing. When she sings it’s obvious she has found the thing that makes her feel most alive,” Says Jacque Carnahan, Artistic Director and Producer. Mina and Kelli O’Hara will sing a surprise onstage duet with a message to match the inspiration of the evening.

Andrew Duff, diagnosed with autism at age two and Autism Speaks’ Multimedia Producer, explains his connection with theater. He says, “It’s a place of expression. It’s practicing social cues. There’s not really a right or a wrong. In some ways, it has helped me more socially than any other therapy I’ve had.” Andrew is scheduled to speak at the show.

“It’s inspiring to watch young performing arts students and Broadway actors share a message of acceptance as they are joined on stage by performers on the spectrum. It’s a chance for the young people involved to perform on Broadway, a dream for many, and a chance to support an important cause. It’s an incredible show,” says Michael Holzer, Producer and General Manager of ETA.