Be The Match To Rally Black And African American Marrow Donors 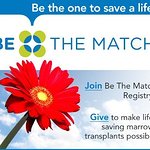 Be The Match, the organization that operates the world’s largest and most diverse donor registry, and Memphis Grizzlies point guard Mike Conley, have teamed up on a new public service announcement campaign, Heritage Holds the Cure, to urge Blacks and African Americans to register as potential marrow donors.

“Family isn’t defined by blood,” Conley said. “As an athlete, I’ve always been surrounded by family, whether it’s a teammate or a fan – the love is there. My community is my family and knowing the heritage that binds many of us has the potential to save other members of our ‘family’ is incredible. It’s something I want to be a part of, especially since I’ve watched two of my cousins battle sickle cell disease.”

Be The Match connects patients with their donor match for a life-saving marrow or umbilical cord blood transplant. It manages the largest and most diverse marrow registry in the world with 16 million members. Of those members, 5 percent identify as Black or African American. Given the current makeup of the registry, Blacks and African Americans are the least likely to find a suitable match.

“Currently, individuals of Black and African American ancestry are underrepresented on the registry, making it more difficult to find donor matches for those suffering from blood diseases like sickle cell,” said Mary Halet, Director of Community Engagement at Be The Match. “With this new campaign, our hope is to raise awareness of the registry, dispel some of the myths about marrow donation, and get more young people of diverse backgrounds to sign up as potential lifesaving matches.”

A patient’s ethnic background plays a large role in human leukocyte antigen (HLA) typing, which is used to match patients with donors for bone marrow or cord blood transplants. Since HLA types are inherited, the best chance of finding a suitable donor may be with someone of a similar racial or ethnic background.

For thousands of Black and African American patients with life-threatening blood diseases like sickle cell, a potential cure is available. But the combination of rich heritage, complex tissue types and a smaller pool of potential donors, makes it harder to find a match.

For more information and to register, visit heritageholdsthecure.org. 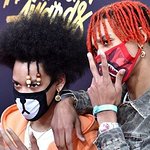 Johnson & Johnson, Be The Match, and DoSomething.org Team Up With Ayo & Teo For Give a Spit About Cancer Campaign Mar 29, 2018

According to the American Cancer Society, in 2018, there will be an estimated 1,735,350 new cancer cases diagnosed. More →

Members of the Marley family will reimagine the late Bob Marley's iconic anthem One Love to support UNICEF's work to reimagine a fairer, more just world for children whose lives have been upended by the COVID-19 pandemic. More →
More news →