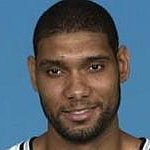 YouCaring, the world’s trusted leader in free crowdfunding for personal, medical, and charitable causes, today announced that retired NBA player Tim Duncan, formerly of the San Antonio Spurs, launched a fundraiser on YouCaring to support the victims of Hurricane Irma in the US Virgin Islands.

To date, Duncan’s fundraiser, 21 US Virgin Island Relief Fund, is the largest campaign for victims of the category five storm with over $2 million raised from 13,000 donors.

“I know not everyone can give, and that’s O.K.,” said Duncan. “But if you’re able, here’s what I can promise: Every dollar donated will go directly to relief efforts on the ground. Starting as soon as the weather permits, I’ll be chartering an airplane full of supplies from San Antonio to the Virgin Islands. I’m already busy putting together a team of people from the islands (and beyond) to help manage the relief effort.”

The US Virgin Islands, where Duncan was born and raised, were badly hit by hurricane Irma, leaving thousands without power, running water and with food reserves depleted. In a contributed piece on Players’ Tribune, Duncan told his story of experiencing the destruction of hurricane Hugo and its long term consequences as a child, and pledged $250,000 immediately to the storm relief efforts in the islands and a match of up to $1 million.

“We’ve learned a lot of invaluable lessons from our work with JJ Watt on his Harvey Relief Fund for Houston,” said YouCaring’s CEO, Dan Saper. “It’s unfortunate that we get to apply those lessons so early after Harvey, but the residents of the US Virgin Islands need all the support they can get right now and we’re here to help.”

As a certified B-Corporation with a focus on helping people faced with hardship, YouCaring does not take a cut of each donation, but instead relies on voluntary donor tips to fund operations.