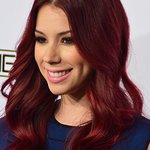 The weekend-long festivities culminated Saturday at the Tribute award program hosted at the City National Grove of Anaheim, where more than 700 patients, celebrities, advocacy leaders, biotech and pharmaceutical executives, healthcare professionals, philanthropists, and scientists came together to support the fight against rare disease. The heartfelt awards, presentations, and performances raised over $1.75 million for rare disease education, awareness, advocacy, and patient scholarships to access programs. Of the total funds raised, more than $75,000 was donated through an on-stage ask at the Saturday evening event in direct support for the Global Genes RARE Patient Impact Grant Program.

As the Saturday evening program began, Nicole Boice, Founder and CEO of Global Genes, welcomed guests with the toast, quoting a rare disease pioneer Henri Termeer: “Rare Disease is not easy, but if we stay committed, and see it through, we can change the world for patients and families everywhere. We need to stay the course.” Boice then invited 8-year-old Gavin Stevens (NBC’s Little Big Shots) to the stage to kick-off the event by singing “The Star-Spangled Banner.” Gavin was born with Leber congenital amaurosis, a rare genetic retina condition that has rendered him blind.

Champion of Hope award recipient Sparsh Shah (NBC’s Little Big Shots and YouTube sensation) delivered the second performance of the night with his impressive cover of Eminem’s 2010 hit “Not Afraid”, which has over 8 million views on YouTube. Emmy nominated singer-songwriter, Andrew McMahon, performed multiple hits including “Cecilia and the Satellite” and shared his own personal journey with leukemia. Season 12 contestant from NBC’s The Voice, Stephanie Rice, closed out the night with her powerful vocals and heart-felt lyrics.

At the Tribute, Global Genes announced that next year’s 7th Annual RARE Tribute to Champions of Hope and Patient Advocacy Summit will take place October 4-6, 2018. 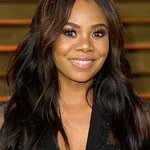 On Friday, June 1, Step Up hosted its annual Inspiration Awards, presented by The Coach Foundation. More →