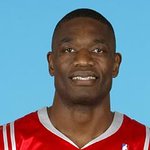 The United Nations can make its voice heard on the power of sport in promoting both peace and development, a senior UN official said last Monday, urging participants at a special Headquarters event to “bring out our inner sports fans,” and harness sport as a force for positive change.

“Fair play, tolerance and team spirit – sports have a unique potential to help develop and reinforce positive life skills and values, and expand prospects, Yury Fedotov, Executive Director of the UN Office on Drugs and Crime (UNODC),” told a Headquarters event on ‘Crime Prevention and Sustainable Development through Sport.’

He underscored that sports offer a practical, cost-effective means to help prevent violence and crime, and achieve the Sustainable Development Goals (SDGs), adopted by world leaders in 2015 as a blueprint to achieve a healthy planet where people can live free of poverty and hunger by 2030.

“This event is a wonderful opportunity to further advance awareness of the International Day of Sport for Development and Peace, and its vital message,” he continued. “Let us take this chance to engage with sports champions and young men and women around the world. Working together, we can harness sport as a force for positive change.”

The Executive Director highlighted the importance of major sporting events, such as the Olympic Games and the World Cup, saying they “have the power to inspire and build bridges.”

“We must take these events as golden opportunities to raise awareness, to promote tolerance and respect, and advance efforts towards peace and achieving the Sustainable Development Goals,” he asserted.

Opening the event, Miroslav Lajčák, President of the General Assembly, stressed that tackling crime is essential to changing the world for the better by 2030.

“That is why the 2030 Agenda draws a link between combatting crime and sustaining development,” he stated. “And, that is why I am so glad we are here to examine a driver of both: sport.”

Citing sport as a tool for crime prevention, he noted that research supports the assertion that sport participants have a better chance to reject crime and contribute to achieving the SDGs, saying that teams and associations can build strong social networks, and that sport can boost self-esteem and help communities put their differences aside, “to cheer for the same team.”

He elaborated that sports as educational or community-based activities, help “prevent crime or radicalization.”

While the vast majority of youth are not involved in crime, he asserted that too many become trapped in cycles of violence and criminal activity.
“When we are talking about the role of sport in preventing crime – young people should be leading the discussion,” he said.

Recalling the recent Olympic Games in Pyeongdhang, Republic of Korea, Mr. Lajčák noted that despite months of high tensions, athletes from north and south of the Korean Peninsula had participated together – “under the same flag.”

“This is not yet a success story. But it is a sign that we are moving in the right direction,” he explained, saying “it tells us that our work to strengthen sport, as a tool for development and peace, can, indeed, make a difference in the world outside of these walls.”

Mr. Lajčák concluded by saying: “We need to bring out our inner sports fans! And we need to shout even louder in support of this initiative!”

Former National Basketball Association All Star player Dikembe Mutombo, Olympians and other distinguished athletes and sports personalities participated in the event, which featured panel discussions on how sport can promote development and crime prevention strategies, and youth programmes.

The event was organized by UNODC and the Permanent Missions of Colombia, Italy, Monaco, Qatar and Rwanda to the United Nations to mark the International Day of Sport for Development and Peace, which is commemorated annually on 6 April. 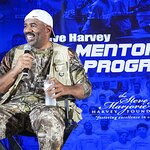