Held at the Gamble Family Vineyards the event exceeded expectations and raised $1.4 million. Funds raised will help drive JARR’s mission of building a state-of-the-art animal rescue, and sanctuary in the Napa Valley, fund programs and to disaster relief for animals.

Laflin emceed the star-studded pet parade led by Mr. Moo, a 200lb pot belly pig, and which also featured an array of adoptable dogs and a once homeless and now glamorous chihuahua called “Honey” adopted by local Kelly Carter of Alpha Omega Winery.

The evening included a two-hour grand tasting of the most sought-after wines in the valley, enticing plant-based bites created by Top Chef star, Chef Casey Thompson and a high-energy live auction led by Fritz Hatton, the most foremost wine auctioneer in the US. The prodigious auction lots were all about luxury and opulence and included some of the most unique wines in the country.

“Now In its fifth year, the magic of WineaPAWlooza never ceases to amaze me,” said Monica Stevens, Co-Founder, JARR “The culmination of our wine community, spectacular wine, top chefs, animal lovers, staff and volunteers who all come together to support JARR’s mission and better the lives of all animals is truly wonderful.”

The most coveted auction lot of the weekend was the “Unique Barrique” a barrel of wine fruit from the 100-point vineyard, Beckstoffer Dr. Crane, made by winemakers extraordinaire, Russell Bevan and Philippe Melka fetched $200,000.

The evening concluded with a musical set by Napa Valley-based rock band, Wristrocket.

Berkshire Hathaway private jet company, NetJets Inc, was the premier sponsor of the event this year. 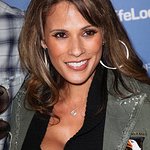