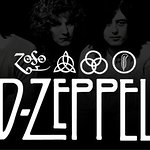 Several of Britain’s most charitable celebrities were honored by the Queen in her New Years Honors List yesterday.

Led Zeppelin singer Robert Plant became a Commander of the Order of the British Empire (CBE) for services to music. Plant reformed the 70s rockers for a one-off gig in London in 2007 to benefit the Ahmet Ertegun Education Fund, which provides students with annual scholarships to universities in the U.S, U.K. and Turkey. The organization was established by the late Ahmed Ertegun, co-founder of Atlantic Records.

“During the Zeppelin years, Ahmed Ertegun was a major foundation of solidarity and accord,” said Plant, now 60. “This performance stands alone as our tribute to the work and the life of our long-standing friend.”

Also honored by the Queen was Formula One driver Lewis Hamilton, who is involved in a number of charities, including Cancer Research UK and Honeypot. He was made a Member of the Order of the British Empire (MBE).

But the biggest honor went to Fantasy writer Terry Pratchett, who was knighted by Her Majesty. Sir Terry was diagnosed with Alzheimer’s Disease in 2007, and has since donated over a million dollars to the Alzheimer's Research UK and has dedicated his life to funding a cure for the disease.

“There are times when phrases such as ‘totally astonished’ just don’t do the job,” he said of his knighthood. “I am of course delighted and honored and, needless to say, flabbergasted.”

The honor has been supported by groups that have benefited from Pratchett’s involvement.

“I would like to congratulate Terry on this fantastic and well-deserved achievement,” said Neil Hunt, chief executive of the Alzheimer's Society. “Terry is not only a successful author and well-loved public figure; he is also playing a key role in fighting the misunderstanding and stigma surrounding dementia.”

Seven-Time Formula One World Champion, Sir Lewis Hamilton, has announced the launch of Mission 44, a charitable foundation to support, champion and empower young people from underrepresented groups in the UK. More →