Interview: Ty Burrell Talks About Kids In The Spotlight 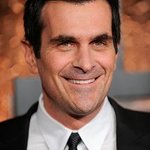 Celebrity ambassador Ty Burrell (Modern Family) is set to host the annual screening and awards show, “Movies by Kids” on behalf of Kids in the Spotlight on Saturday, November 3 at Fox Studios, and Look To The Stars asked him a few questions about what the cause means to him.

How did you get involved with KITS and ‘Movies by Kids’?

I became involved with KITS after having a conversation with one of the board members, Tamesha Scott, discussing the foster care system. I was looking for a way to continue my father’s work (He spent the bulk of his adult life working at the Children’s Services Division for the state of Oregon.) and she mentioned that she worked with an organization that helped foster kids make their own short films.

What was it in particular that drew you to the organization?

I was drawn to the organization by Tige Charity’s vision (I dare you to spend five minutes with Tige and not be inspired to help…) and by the multiple ways it which it felt like her program could help young people in group homes.

What is it that you feel they do particularly well?

I feel that KITS helps kids in three major ways. 1. Writing, casting, performing, and editing their own story is a clear message from adults that we want to hear what they have to say. These are kids who have been marginalized and who often feel invisible. For anyone to say ‘Here are the tools to make your own film, we can’t wait to see how you express yourself’, I think that’s just incredibly validating. 2. Completing a short film is a massive task. The self-esteem generated by finishing such a huge project is immeasurable. 3. Many of these kids spark to vocations that they see on set. A film set is its own little society. There are so many aspects: Construction, lights, sound, hair and makeup, craft services (food), in addition to directing, writing, or acting. There are so many occupations that the kids get to see up close and realize they are capable of doing them for a living.

Why would you recommend others get involved?

I recommend people giving time or money to the foster care system, in general. Whether its KITS. or another organization that you believe in, the impact of helping foster kids, specifically, has an even larger impact on society. 70 percent of prison inmates were at one time foster kids. 35 percent of foster kids end up homeless. 3 percent of foster kids graduate from college. The brutal statistics go on and on but we can actually change those numbers. We’ve seen several kids come through KITS already that have moved on to college, or other productive aspects of society. These are kids that want to do well, they just need some positive reinforcement and some confidence. KITS gives them that.

Founded in May 2009, Kids in the Spotlight trains youth in foster care programs and other underserved youth to create, write, cast and star in their own short films. This training culminates in an annual film festival competition, “Movies by Kids,” allowing kids to express themselves through the art of filmmaking and encouraging interest in careers in the film industry. “Movies by Kids” will feature eight (8) short films created by foster youth between the ages of 11 and 24. The screenplays written by the participating youth are registered with the Writers Guild of America, West (WGAW), which issues each student a certificate for their registered script.

Ty Burrell Serenades for Stand Up To Cancer!