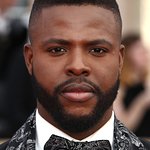 More than 30 million Americans are living with diabetes and 84 million are at risk, totaling nearly half of the U.S. adult population. The numbers alone are staggering, yet diabetes continues to be misunderstood and often disregarded.

This November, in recognition of American Diabetes Month and World Diabetes Day, the American Diabetes Association (ADA) aims to create urgency about diabetes, help educate others, break down stereotypes, and to correct myths and misunderstandings surrounding the disease. For those who have been diagnosed, diabetes impacts nearly every decision they make daily — from what they’ll eat, wear, and do to how they’ll take care of themselves and their loved ones. The ADA is looking to share stories about what it truly means to live with diabetes through its new campaign: Everyday Reality.

As part of this year’s campaign, actor Winston Duke, best known for his role as M’Baku in Marvel’s “Black Panther”, has joined the ADA to help spark a national dialogue about diabetes awareness and prevention. Duke has seen the painful mark diabetes can leave on families firsthand and is doing everything in his power to change his family’s future story and the story of millions more.

“Diabetes carries a social burden, as too many Americans wrongfully assume the disease is the result of poor choices,” said Tracey D. Brown, CEO, American Diabetes Association. “We must work to bend the curve and change people’s mindsets about diabetes, which will, in turn, help them change behaviors to better manage the disease and reduce the risk of complications and increased diagnosis. The only choice we have as a nation is to support people with diabetes and help them not only manage it but also thrive with it while we work towards a cure.”

This year’s campaign highlights the personal stories of people impacted by diabetes, which will be shared throughout the month via diabetes.org/everdayreality.

While the everyday reality of diabetes can seem overwhelming, there are things everyone can do to improve the lives for people with diabetes and those at risk. Everyone can encourage people to know their risk by taking the ADA’s Type 2 Diabetes Risk Test, become an advocate, magnify the voices of all those living with diabetes and support the organization’s mission by donating today. Join the conversation, share and engage with stories on social media as the ADA highlights the personal accounts and #EverydayReality of those living with this chronic disease.

“We’re proud to be partnering with the ADA for the tenth consecutive year,” said Bill Van de Graaf, Vice President and General Manager for Oral Care North America at Colgate. “Through our partnership, we hope to help raise awareness about the link between diabetes and oral health during American Diabetes Month. The everyday reality is that people with diabetes are twice as likely to develop gum disease. Colgate Total is the only toothpaste approved by the FDA’s NDA process and American Dental Association-accepted to help prevent gingivitis, the most common form of gum disease. It’s an easy choice people can make to improve the reality of life every day.”