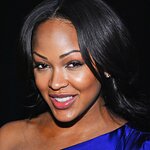 The President of the UN General Assembly, Maria Fernanda Espinosa, along with the Governments of Antigua and Barbuda, and Norway, has welcomed two new participants to the ‘Play it Out’ concert, to be held in Antigua on June 1, 2019.

“Having dedicated my presidency to women and girls everywhere, it gives me immense pleasure that Meagan and Amanda, two very successful women, will co-host this important event,” noted President Espinosa.

Celebrated actress Meagan Good has appeared in dozens of film and television productions, most recently the hit films ‘Shazam’ and ‘The Intruder’. Amanda Cerny, meanwhile, is representative of ‘new media’ and has emerged in recent years as a leading global influencer, with over 35 million followers on social media.

“I am honoured to serve as host for this vitally important event and initiative. Ridding our waters of plastic pollution and educating the world on the effects of nearly 13 million tons of plastics being dumped into our waters yearly is crucial,” states Good. “Fish, seabirds, sea turtles, and marine mammals can become entangled in or ingest plastic debris, causing suffocation, starvation, and drowning. Plastic affects human health. Toxic chemicals leach out of plastic and are found in the blood and tissue of nearly all of us. Exposure to them is linked to cancers, birth defects, impaired immunity, endocrine disruption and other ailments,” elaborates Good.

Cerny added: “Single-use plastics are devastating our oceans and our planet. As individuals we can choose to either contribute to the problem or take action to protect our natural world. I’m excited to be co-hosting Play it Out and to use my platform as a UN Environment Ambassador to raise awareness surrounding the impact of our consumption and help win the battle against plastic pollution.”

A free concert, ‘Play it Out’ will include an audience of up to 20,000 at the Sir Vivian Richards National Stadium in Antigua and Barbuda. Livestreaming will be available and broadcast across social media. 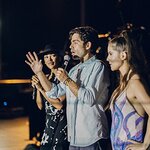 Global Leaders and Celebrities Gather at the Play It Out Music Festival to #BeatPlasticPollution Jun 5, 2019

Global leaders and celebrities gathered at the Play it Out music festival to #BeatPlasticPollution this past Saturday, June 1st on the island of Antigua and Barbuda. More →