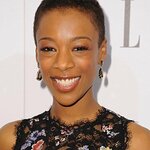 Named after the memorable character from the series played by Emmy-winning actress Samira Wiley, Poussey Washington, the fund is an initiative that will support eight preexisting non-profits to benefit organizations focused on social issues surrounding criminal justice and policy reform, immigrants’ rights and helping those affected by mass incarceration. To learn more about the non-profits and donate, visit: crowdrise.com/PWF.

The fund began as a fictional storyline that will play out in the seventh and final season of Orange Is The New Black, launching Friday, July 26 on Netflix. Creator and writer, Jenji Kohan and executive producer, Tara Herrmann, realized they had an opportunity to encourage their passionate fanbase to help make an impact. Viewers will be made aware of the fund at the end of the last episode, and directed to donate through the campaign, or through a text-to-donate option by texting 41411 in the U.S.

“Through the Poussey Washington Fund, our characters can live on and continue to make an impact after the show has come to an end. Taystee recognized an opportunity to make a difference for her fellow inmates, and we saw no reason why we couldn’t launch our own initiative to have an effect in the real world,” creator Jenji Kohan commented. “We’re grateful that GoFundMe is helping us to celebrate our final season in this way.”

“GoFundMe is a part of every news cycle and a place where people take action on the issues that affect real people and communities,” said Rob Solomon, CEO of GoFundMe. “Now, Orange Is the New Black is bringing social fundraising and entertainment together to engage and empower their audience in a new way. The series brought the topic of criminal justice to the forefront of pop culture, and now they are turning that on-screen interest into real, tangible off-screen action.”

“The Poussey Washington Fund gives Orange Is the New Black fans and others the opportunity to help women who are not unlike Poussey, Red, Taystee, Maria, Daya and other characters from the show,” said Piper Kerman, author of the memoir “Orange Is the New Black: My Year in a Women’s Prison,” upon which the Emmy Award-winning original series on Netflix is based. “As we say goodbye to Orange Is the New Black, we should also say goodbye to a criminal justice system that has unfairly and unnecessarily destroyed too many lives. There are more than 225,000 women who are serving time in real-life Litchfields across the country and more than one million who are on probation or parole. We all deserve a second chance and the Poussey Washington Fund gives formerly incarcerated women a chance to succeed.”

Ryan Murphy To Be Honored With The Vito Russo Award At The 31st Annual GLAAD Media Awards In New York Jan 20, 2020