Dave Eggers Still Committed To The Lost Boys Of Sudan 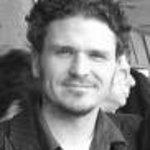 A southern Sudanese creation story: At the beginning of the world, God made two men: the northern Arabs and the southern Dinkas. God said, “I wish to give you one gift. I can give you the cattle that you see before you, which can provide for you in many different ways, or I can give you the What.”

The Dinkas, with their good climate and fertile lands, chose the cattle and for thousands of years prided themselves on making the right choice. The ‘unknown’ went to the Arabs.

The Dinkas of this century, however, have begun to question that choice and wonder what would have happened if they’d chosen the unknown. “What,” they ask, “is the What?”

It took author Dave Eggers years of interviewing Valentino Achak Deng to write What is the What, a disturbing memoir of Deng’s life from his separation from family at age seven as civil war hit southern Sudan, through his 13 years in refugee camps and beyond.

Deng says, “I survived by trekking across many punishing landscapes while being bombed by Sudanese air forces, while dodging land mines, while being preyed upon by wild beasts and human killers. I fed on unknown fruits, vegetables, leaves and sometimes went with nothing for days. At many points, the difficulty was unbearable. I thought the whole world had turned blind eyes on the fate that was befalling me and the people of southern Sudan. Many of my friends, and thousands of my fellow countrymen, did not make it.”

Although What is the What was published in 2006 and all its proceeds are “used to improve the lives of Sudanese in Sudan and elsewhere,” it was not the end of the Eggers-Deng collaboration. They have made various trips to Deng’s home town and document the visits and the progress being made by the Valentino Achak Deng Foundation that Deng created to help the Sudanese – those who escaped to the US and those rebuilding war-destroyed communities in southern Sudan.

For his part, Eggers is booking as many speaking engagements as possible in an effort to keep Sudan on the minds of the public and government.

On July 30, Matt Damon spoke out for teachers during the Save Our Schools March in Washington, D.C., joining thousands of educators, parents, children and others who care about the state of education in the U.S. More →