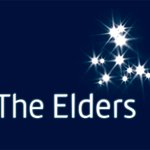 The Elders today called on Colombian President Iván Duque and all political leaders in the country to take all necessary measures to defend and affirm the country’s historic peace agreement, following the recent announcement by some former FARC guerrillas that they will resume armed conflict.

They also urged the international community to redouble its efforts to support peace in Colombia, warning that any large-scale revival of violence would threaten not only peace within its borders but also the geopolitical stability of the region as a whole.

The Elders firmly condemned the recent decision by former guerrilla Iván Márquez and other FARC members to take up arms against the Colombian Government. This constitutes a betrayal of the commitments made under the peace agreement to never again use violence, for which they should be held accountable.

Ernesto Zedillo, former President of Mexico, said:
“The Colombian Peace Agreement is one of the most significant diplomatic breakthroughs of recent years. It brought hope to millions of Colombians after decades of despair, violence and savage human rights abuses. The actions of these rogue FARC guerrillas are deplorable but cannot spell the end of the peace process. I urge President Duque and his government to show fortitude and resolve by honouring the agreement in full. This leadership would provide an antidote to extremists on all sides who would rather wallow in conflict than tread the rocky road to peace.”

The Elders said that a united effort from all parts of the Colombian Government, in partnership with Congress, to implement the agreement in full – including economic measures to support the reintegration of former FARC guerrillas into the social and financial fabric – would help the overwhelming majority of FARC members who have not defected to maintain their commitment to the terms of the agreement.

They also stressed the need for continued engagement from the international community which played such a critical role in securing the agreement in 2016, especially from Norway and Cuba as its guarantors, Chile and Venezuela as accompanying countries, and the United States and United Nations.

The Elders reaffirmed their praise for the architects of the agreement and their support for peacemakers on the ground across all Colombia’s communities. The deal should stand as a model for the peaceful resolution of other protracted conflicts elsewhere in the world, and must not be undermined by short-sighted, cynical or malign stratagems.

The Elders Urge a Revival of Multilateralism on UN’s Anniversary to Reshape the World After COVID-19 Jul 1, 2020

The Elders today called on world leaders to recommit to the values of the UN Charter and strengthen the effectiveness of the multilateral system as the best way of overcoming existential threats like pandemics, climate change and nuclear proliferation. More →