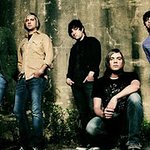 The band – whose last album, Don’t You Fake It, went gold in the US in 2006 – established their charity to support individuals affected by domestic violence, to break the cycle of abuse, and to contribute to research that focuses on management of acute hyperglycemia in hospitalized patients.

“The first phase was mainly dealing with domestic violence on the last record,” singer/guitarist Ronnie Winter said during an interview with LiveDaily. “On this phase, phase two with the second record, we’re focusing pretty much primarily on underfunded high school music programs. We’re scouring the country and very selectively picking high schools by my choice only, and if they need money and I think there’s a legitimate need there, we’re gonna for no reason swoop in and help them out.”

The band aims to use the release of their anticipated new album – Lonely Road, due in stores on February 3 – to raise awareness of the cause. Since it was established, the band’s foundation has raised over $200,000 for charity.

“It’s pretty amazing,” said Winter. “I never thought it would be this easy. It’s just a matter of deciding to do it and not talking about it… Even before we were signed, we were playing charity shows. Basically, I just didn’t want to have to get things approved by other organizations whenever I wanted to help somebody out. So basically I started my own nonprofit organization so whenever we found a family, or a school, a lady who’s basically needed help because of a domestic violence situation, this way we can actually help them, put the money in their hand without [dealing with] any kind of red tape. This way we know 100% for sure the money’s going to the right place.”

Information about the band’s current tour and upcoming album release can be found here. 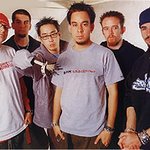 Artists such as Linkin Park, Enrique Iglesias, Slash, Red Jumpsuit Apparatus and Counting Crows have contributed new songs to the nonprofit group Music for Relief to support Save the Children's emergency response efforts in Japan. More →