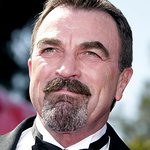 Actor Tom Selleck has joined the Vietnam Veterans Memorial Fund as national spokesman for the new Education Center being built on the National Mall, said Jan C. Scruggs, founder and president of the Memorial Fund.

Selleck, whose recent television credits include his Emmy-nominated recurring role in the “Jesse Stone” movie of the week franchise, which airs on CBS with a new installment premiering on March 1, “Jesse Stone: Thin Ice,” and “Boston Legal,” is best known for his work on the television show “Magnum, P.I.” in the 1980s. The series was heralded in the veterans’ community as the first positive media portrayal of Vietnam veterans.

“When Magnum, P.I. came out, it constituted the first positive portrayal of Vietnam veterans in the media, which meant a great deal to those of us who served,” recalled Scruggs. In 1988, Magnum’s trademark wardrobe became part of the Smithsonian collection in Washington, D.C. “When we were looking for someone to help us raise awareness of this important project, Tom’s name came up right away.”

Selleck is a Vietnam-era veteran, having served in the 160th Infantry of the California Army National Guard. He feels a close connection to those who served, and especially to a friend who is remembered on the Vietnam Veterans Memorial.

“Ron Montapert was my friend. Like many people our age, he went to Vietnam, but he didn’t come home,” said Selleck. “His name is on the Memorial, and I think of him every time I go there. For him, and for all the others whose names are on The Wall, for all those people who are missed every day by their friends and loved ones, I want to do all I can to get the word out about what is being planned for the Education Center.”

Selleck has been in communication with the Memorial Fund since last year, but needed to wrap up work on his latest film, “Jesse Stone: No Remorse,” before beginning his work to promote the Education Center.

The Education Center at The Wall is a project developed by the Memorial Fund to help the millions of annual visitors learn about the Memorial, as well as the Vietnam War. While still in the planning stages, exhibits will include a wall of photographs of those whose names are on The Wall, a selection of the over 100,000 items that have been left at the Vietnam Veterans Memorial, a timeline of key military events in the Vietnam War, rotating exhibits and a resource center, where visitors can find in-depth information. A section of the Center will illustrate the legacy of service demonstrated by the American people, showing images of those who served in all of America’s conflicts, from the Revolutionary War to Iraq. The Center will be built under ground near the Vietnam Veterans and Lincoln Memorials.

It is estimated to cost $75 million to $100 million to build. Nearly $18 million has been raised so far, including a $10 million lead gift from Time Warner.

The capital campaign to raise money for and awareness about the Center is being kicked off this year, and Selleck, as well as other celebrities, will be filming public service announcements in early February to raise awareness for the project.

Also, Selleck will be in Washington in March for the unveiling of the new trailer for The Wall That Heals, the half-scale replica of The Wall that travels around the country, bringing the messages of healing and education to people who may not otherwise be able to visit the memorial in Washington. There are several replicas of The Wall in existence, but The Wall That Heals is the only one with a traveling museum. The museum is housed in the trailer that is used to transport the replica between communities. This year, the entire exhibit has been revamped by Ralph Appelbaum Associates, the museum design firm that is also planning the exhibits for the Memorial Center. This makes the new Wall That Heals museum a smaller version of what is being planned for the Center. Selleck will be on hand for the ceremony on March 26 to unveil the new museum to the public and to talk about the Education Center. 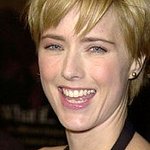 Last weekend, the latest CBS Cares Public Service Announcements (PSAs) for the national education nonprofit, the I Have A Dream Foundation (IHDF), aired during CBS’ extensive coverage of the Super Bowl. More →