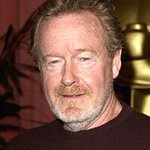 Sir Ridley Scott last week at Web Summit launched the trailer for GeSI’s Digital with Purpose campaign, a movement aimed at encouraging the global tech community to face up to the “crisis” of climate change.

Scott launched the trailer at the 100,000-attendee Web Summit – the largest tech conference in the world.

Scott – director of Raised by Wolves and The Martian – said he became involved with GeSI’s campaign in an effort to make it clear to people across the world that our planet is on the brink of “disaster”.

“The luxury of science fiction is that it’s fantasy. We’re dealing with reality. We’re being way, way too polite about where we are. We are at the threshold of an abyss of disaster, and people keep being polite about what’s going on. I think it’s time to get much tougher and much stronger.

“Right now we are in a warzone; we are in a crisis state. We are at crisis. Somehow, you’ve got to pull this together into a far more stringent directive as to what you have to do to fix the problem,” said Scott.

The trailer’s narration outlined how the Digital with Purpose campaign aims to ensure the tech industry helps in the world’s fight to achieve the UN’s Sustainable Development Goals by 2030, and adheres to the terms of the Paris Agreement.

“Humankind and Earth face serious threats that require urgent intervention. Digital with Purpose is an ambitious movement exclusive to companies and leaders committed to accelerating their positive impact and driving sustainable change through digital technology.

“It is a movement of leaders joining forces in a race to deliver against the Paris Agreement and Sustainable Development Goals by 2030. By giving technology a transformational role that puts the planet and humankind at its core, can we reverse the effects of climate change and positively impact our societies?” said the trailer’s narration.

AARP The Magazine is pleased to announce the nominees for the upcoming 17th Annual Movies for Grownups Awards, with Get Out, Lady Bird, Star Wars: The Last Jedi, The Shape of Water and Three Billboards Outside Ebbing, Missouri contending in the Best Picture/Best Movie for Grownups category. More →