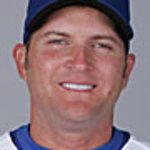 Despite the fact that MLB’s Seattle Mariner Mike Sweeney has been dealing with health issues surrounding his own kids, he didn’t hesitate when asked by a student at his alma mater, Ontario High, if he would help organize a fundraiser for Michael Ortiz’s family. Michael was one of the school’s baseball players who had been among the nine killed in a Christmas Eve massacre in Covina.

“When I heard the story repeated to me; when they told me Michael valued himself as a student first and athlete second, like myself, and that he was a wonderful Catholic kid who lived his faith, it absolutely broke my heart,” Sweeney said. “When I held my 3-week-old baby in my hands all I could feel was his spine and ribs, he was shriveling away, below his birth weight of eight pounds. I didn’t really know what his disease was…I was a terrified father…I knew I was going through a crazy time, but someone had a heavier burden than me.”

Sweeny’s son Donovan had just undergone surgery for pyloric stenosis, a rare condition that stops food movement from the stomach to the small intestine.

“The kind of person Mike Sweeney is, the way he conducts himself — that’s what’s made this possible,” said Ontario High Vice Principal Cary Wilborn, who said he has received checks from as far away as Dubai.

The camp was held last week, and so far more than $200,000 in donations have been secured. Additionally, an anonymous donor has declared he’ll double whatever the proceeds were for Saturday.

You can learn more about Mike Sweeney and his faith based Foundation, the Mike and Shara Family Foundation here.

The Foundation exists to bring youth into a growing relationship with Jesus Christ; to grow the ministry of Life Teen, an outreach to youth; to assist pro-life ministries, particularly crisis pregnancy centers; to bring unity between Catholics and Protestants; to host Christian baseball camps all across the country; to reach out to urban youth and urban missions; and to use music ministry to bring the Gospel to the lost.